Showing posts from January, 2014
Show all

Olympic Blurb: My Visit to the U.S. Olympic Training Center 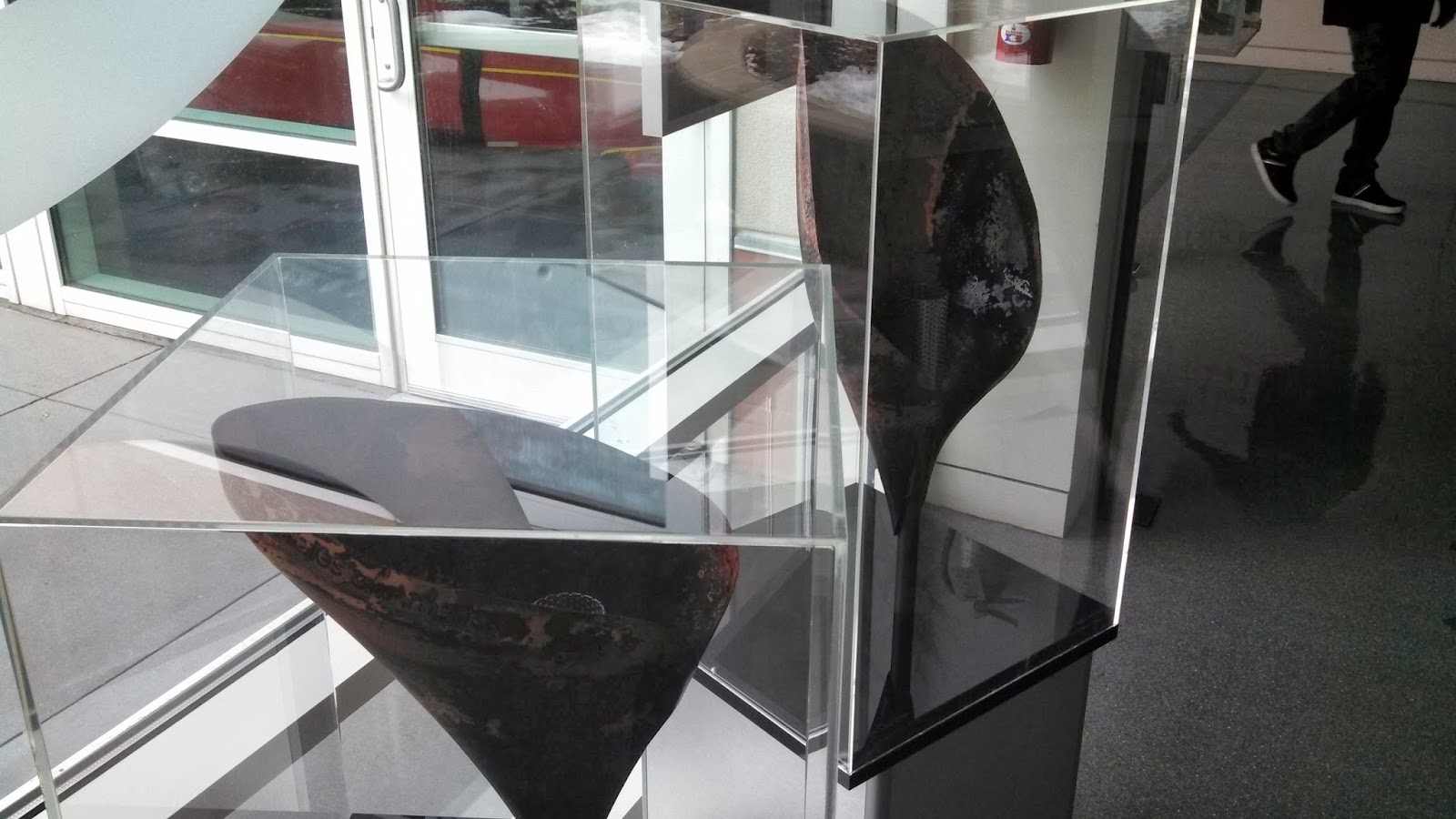 Today I had the chance to spend some time at the U.S. Olympic Training Center in Colorado Springs, Colorado. Ever since I knew I’d be teaching in the Denver area, I knew that one of my field trips was going to be there. There wasn’t a special tour for us; we simply joined in a regular tour group that starts every hour. My group arrived half an hour early, which gave us plenty of time to look around the outside entrance and inside the visitor’s building. The outside is known as a “sculpture garden” with various statues. Some of these include the five large Olympic rings set in a white wall. (I’ve had my picture on this many times.) Another includes two men and two women jumping for joy - this is a cool one because the two women aren’t even touching the ground, yet the sculpture is perfectly balanced. The final large scuplture is four athletes holding the globe on their backs - very similar to the Atlas sculpture. Inside the visitor’s building are several displays of paraphe
Read more

The Return of the Olympic Blurb!

January 30, 2014
I was asked a couple of weeks ago, “Which do you prefer, the Winter or Summer Olympics?” At first I just responded with “Both!” Unfortunately, the guy wasn’t satisfied with that answer. He pressed more. “No, really. You have to pick one.” I thought that was silly. Choose between the Olympics? Aren’t they the SAME? Or at least like two children? How dare he make me choose between my children! You just don’t do that. At least, not to me. I finally muttered out “Summer,” simply because he wanted an answer. But it did make me consider why I love both Olympic events equally. 1. They each have their signature events. When I say “Summer Olympics,” there are a variety of events that automatically flash across the brain: swimming, running, gymnastics. These events are highlights, and usually bring the biggest spotlight on the nights they are featured. Well, the same goes for the phrase “Winter Olympics.” There are also several signature events that flash across the brain
Read more

The Broncos are Going to Lose

January 28, 2014
I am pretty convinced that the Broncos are going to lose on Sunday. I’m not really sure why, but here are a few passing thoughts that are convincing me: 1. Cold! The Broncos are based in Denver, and the weather is always changing. For most of the Broncos’ games, however, it’s been sunny and relatively warm. When they’ve had to play in the cold (Sunday night at New England, Sunday night at home, and Thursday night at home), they lost two of those games. Quarterback Peyton Manning has told reporters to “Shove it” when discussing how he can’t perform in the cold. I’m less inclined to say that Manning can’t perform in the cold, than the fact that the team has a hard time in the cold. Looking at Seattle’s home weather conditions (cool and moist), they are much more inclined to perform better in colder weather. 2. Injuries Running back Knowshon Moreno is nursing bad ribs. Kicker Matt Prater has been sick. Manning has had ankle issues in the latter half of the sea
Read more

January 20, 2014
I live in Denver now, so the Super Bowl this year is kind of a big deal. I have seen many of the Broncos' games this year, and I know many of the players, rejoice in the wins, mourn in the (few) losses, and know that this is kind of a boring team. Peyton Manning has the tendency to create a boring team. And that's not a bad thing: Boring teams are teams that work hard, keep their noses to the grindstone, talk kindly about their opponents, and win without much fanfare. The only reason the Broncos were even discussed in the later parts of the 2013 season was because Manning was having such a stellar season, and he's the poster child for...every single product known to man. If anything, this Super Bowl was bound to be ManningFest 2014, and one of the most dull, boring, and painful Super Bowls known to man. And then Richard Sherman showed up. Suddenly, this Super Bowl got reeeeeally interesting. Sherman's postgame comments after an exciting 49ers-Seahawks create
Read more
More posts