Showing posts from April, 2014
Show all

The Procrastinator's Movie Review: "The Way Way Back"

April 27, 2014
The Way Way Back Release Date: July 26, 2013 Who was in that one again?  Steve Carell, Toni Collette, Sam Rockwell, Liam James I can't remember the plot . Fourteen-year-old Duncan (James) is forced to go to his mother's (Collette) jerk boyfriend's (Carell) summer home on the coast with both of them and the boyfriend's snobbish teenage daughter. While there, he's miserable until he finds a local waterpark and meets the manager (Rockwell), a man-child who becomes Duncan's friend and father figure, oddly enough. Both of them also have roles in the movie - and it's fun to watch Rash as Lewis, a worker at the waterpark wearing "Jeffrey Dahmer glasses." The review:  This movie is fantastic. It was written by Nat Faxon and Jim Rash, who also wrote The Descendants  with George Clooney. Faxon was the lead in "Ben and Kate" two years ago and Rash is the cross-dressing, Jeff-Winger-loving Dean on "Community," and they are great wri
2 comments
Read more 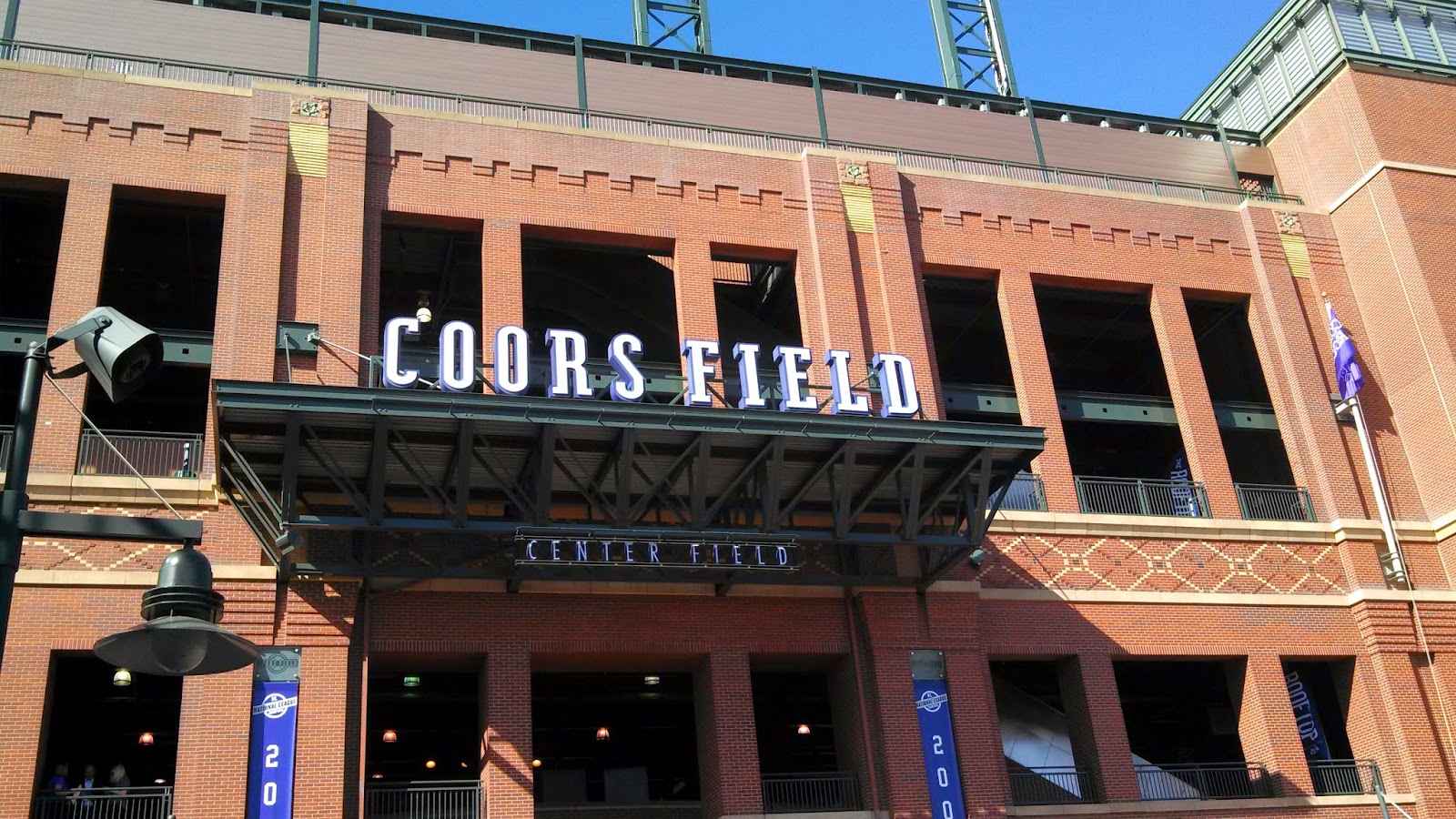 Have you ever been to a baseball stadium all day? 9 to 5? (or so?) Unless you have a full time job with a Major League team, it's probably never been the case. Today I was able to be at Coors Field all day with my students for their annual Weather and Science Day. Back in Wisconsin the older kids went to the Weather Day at Miller Park, but I never got to go. This time, when the principal suggested my kids come along this year, I jumped at the chance. We got there early - before much of the other students arrived. We got there right before the park opened and went to their new parking structure, about a 10 minute walk from the stadium. My students that drove with me were moving at a snail's pace, and I'm not used to that when I go to a sporting event.  When we made it into the stadium, we didn't sit in our gameday seats, but they ushered everybody into the first level, first base side. They were estimating about 13,000 students in attendance, so not a seat w
1 comment
Read more

It's time for another list of the Blurb Muser's favorite songs! Believe me, I could be at this for a while. I have a lot of favorites! Without further ado... All My Days - Alexi Murdoch This song may sound familiar if you watched any TV or movies in the late Aughts (early 2000s, for you non-hipsters). I know it from two movies: Real Steel  and Away We Go . It's just so simple, but it is hauntingly beautiful and brings out many feelings. The reason I like it:  It's just a guitar and a guy with an average voice that makes a great song. Julie-O - Kevin Olusola This is for all my Pentatonix friends. Before Kevin became the ultimate beatboxer on one of the best a cappella groups in the world, he was just a mild-mannered cellist who put both his loves together to make an amazing cover of this piece. Yes, it's a cover of a song you've never heard - but you should never hear the original; it's not that good. Just listen to this one. No - watch
Post a Comment
Read more

Retirement is for People Over 50

April 14, 2014
News came out today that swimmer Michael Phelps - of Olympic fame, for those of you who don't follow that - has come out of retirement to compete a next week at a meet. Of course, now all the speculation is that he will be looking to get himself ready for the Olympics in 2016. In a normal Olympian swimmer's regimen, the year following an Olympics is a light year. The world championships are held in the odd years, but Phelps often takes a year off (right after or the second year after the Olympics) anyway. As a result, he missed about as much hard-core training as he did following the Olympics in 2008. The biggest change is his age. He will definitely not be the fastest swimmer in the pool, but his regimen and focus might be his strength. If he wants something, he can definitely take it. If he's not in it 100%, then he struggles. There will be many great swimmers, but Phelps suffers from Tiger Woods-itis: if he isn't competing, swimming just isn't that interest
Post a Comment
Read more 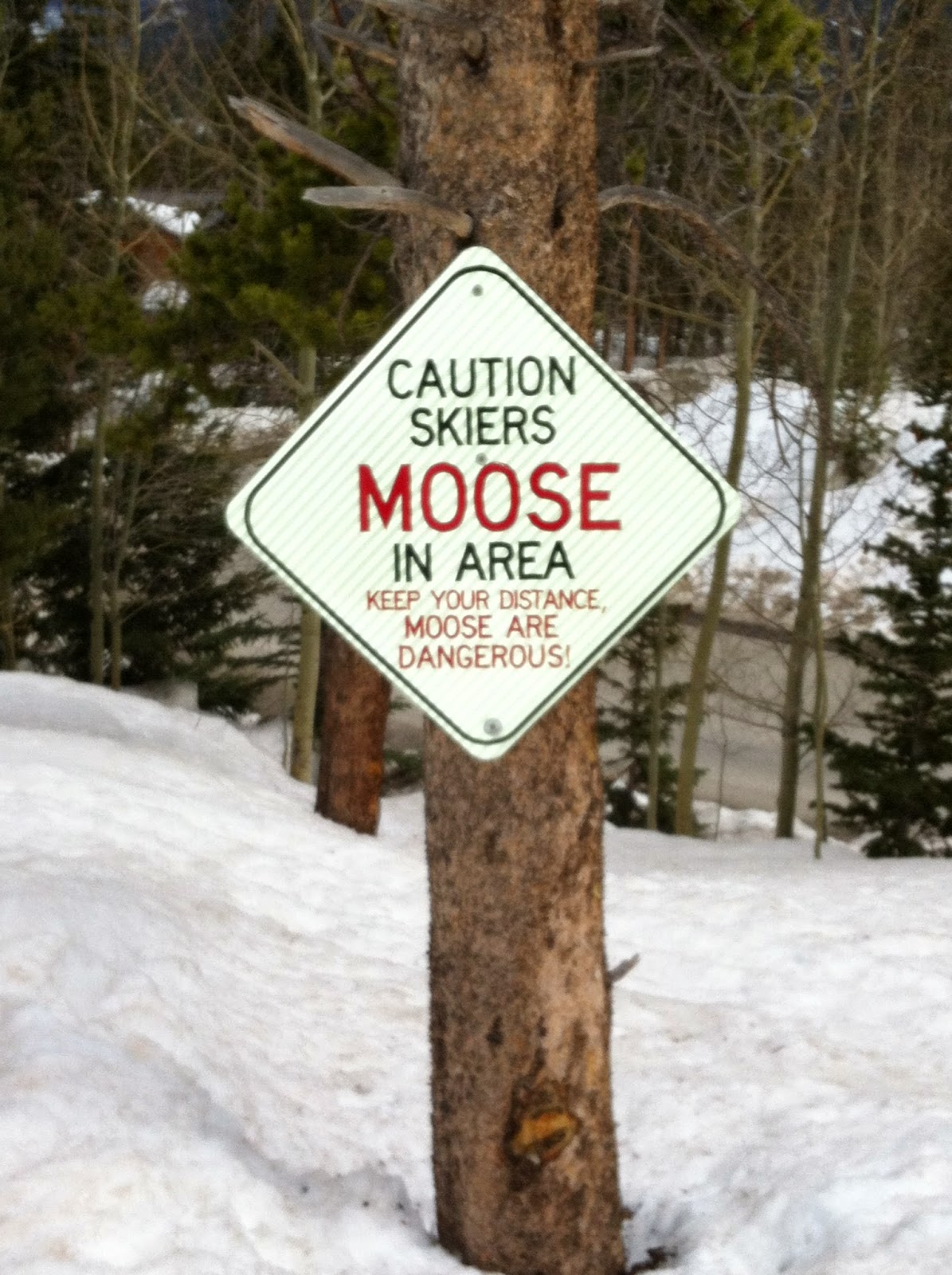 Today I returned to the great slopes of Breckenridge for another round of skiing with my cousins. The challenge was to see if I could replicate the success of my runs a month ago. If it hadn't been an anomaly, I was seriously going to consider buying a full season pass for next year. My uncle and aunt (my cousin's parents) were in town, and my uncle came out with my cousin and I. It was clear that it was no longer Spring Break, because the chair lift line was nonexistent. We had done three lifts in less than an hour, which was great. I didn't have any troubles on the chair lift - getting on or  off - and each time we took the run differently. At first the hills were pretty crusty and quick, but in no time at all the warm sun and the skiers made the snow very mushy. After our third run on Silverthorne, the rest of the family arrived and we decided to try a blue hill. We took the Mercury chairlift to the top of Peak 9 and the Bonanza run. Because it was still morning and
Post a Comment
Read more

April 05, 2014
Saw a movie IN THE THEATERS last night! It's not often when a movie can persuade me to fork over ten bucks to see a movie on its opening weekend. But Captain America: The Winter Soldier  did just that yesterday. I felt like my money would be well spent, and I wanted to support the movie. It didn't need  my money - it will likely top the weekend box office (this weekend and probably next). But I really  enjoyed this movie. CA:TWS  is very much not a superhero movie. It is a thriller that just so happens to have humans with super powers. There is enough deception going on that it feels like a Jason Bourne movie, but enough Marvel references to remind you that Tony Stark exists in that universe. The action in the movie is stellar - especially the opening scene on a hijacked boat and the final battle around the helicarriers. Some of the hand-to-hand combat uses too much shaky-cam, but still packs a wallop. You definitely should go see this movie. Quality Family Fun In the t
Post a Comment
Read more

April 03, 2014
The Great Gatsby Release Date: May 10, 2013 Who was in that one again?  Leonardo DiCaprio, Carey Mulligan, Tobey Maguire, Joel Edgerton I can't remember the plot.  Twenty-something young man named Nick Carraway comes to work in New York City and lives on Long Island in the summer of 1924, where his next door neighbor charms him with his rich lifestyle and crazy parties. The man - Gatsby - was a soldier in the Great War, and is in New York to win back the love he lost, Daisy Buchanan (who happens to be Nick's cousin). Unfortunately, Daisy is married to Tom now, who is a pretty big jerk and having an affair with a local mechanic's wife. The review:  I do have some background when it comes to The Great Gatsby : I read the book two years ago and really, really liked it. I think if I'd read the book any earlier in my life, I wouldn't have gotten as much out of it as I did. And as soon as I finished the movie, Bam!  Baz Luhrmann announces he's making it into a
Post a Comment
Read more
More posts