Showing posts from January, 2015
Show all

January 24, 2015
Comedy on television is hard and complicated. There are so many different types of comedy that it's impossible to please everyone. Some people love over-the-top ( Modern Family ), some like it dumb ( Two-and-a-Half Men ), some like it sarcastic and raunchy ( Two Broke Girls ), some like it brash ( black-ish ), and some like it with heart ( Parks and Recreation ). I have three comedies that I'm going to list here that I adore because they have a humor that matches my comedy style...which I can't really classify. So if you have seen these shows and can give me a good classification, I would appreciate it! Cougar Town The comedy with the horrible name stars Courtney Cox as a realtor in Florida and her wino-loving friends. It started out on ABC before being revived by TBS for three additional seasons. This is one of those shows where you can pretty much skip the first season, because the show was still trying to figure out what it was. Once it realized it was about a grou
1 comment
Read more

January 17, 2015
Attack the Block Release Date : May 13, 2011 Who was in that one again?  John Boyega, Jodie Whittaker, Alex Esmail, Nick Frost I can't remember the plot.  A gang from South London witnesses an alien invasion and arms themselves to defend their block (AKA their apartment complex). The review:  I'll be honest - the only reason I watched this was because the lead, John Boyega, is in the new Star Wars movie and I wanted to see him in something before that movie comes out. He plays the leader of the gang that mugs Whittaker - who I immediately recognized from Broadchurch  - and then comes upon an alien that crashed into a car. Because of the choice they make concerning that alien, the gang must face the invasion of crazy-gorilla-looking aliens with no eyes but seemingly electric teeth. I loved the look of the gorilla alien, since they were such a unique design. I also loved that the whole movie takes place within the neighborhood of the gang - there's no cutaways to a p
Post a Comment
Read more 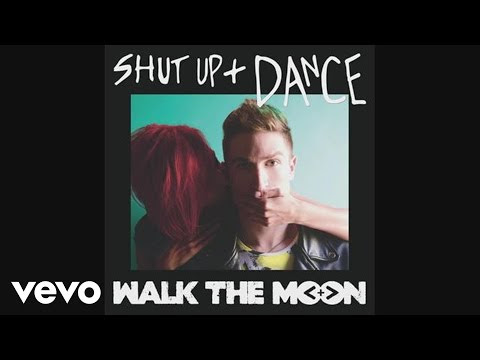 Welcome to another Music Zone Blurb! If you like to get new music as much as I do, then you'll love this post. You'll probably like at least one of the songs that I post. And if you haven't read my other Music Zone posts, here are links: The Music Zone The Music Zone II The Music Zone III Enjoy! Shut Up and Dance - Walk the Moon I gotta start with my current favorite - one that makes me stop what I'm doing and lose myself in awesome music. It's so catchy! The reason I like it:  There isn't any build-up to this song - it just starts right in with the refrain and then backtracks. That's different from most songs, and I liked that. Get ready to dance! Uptown Funk - Mark Ronson featuring Bruno Mars This is that song that you keep hearing if you watch commercials, which means my dad probably has never heard it before. But it is a great throwback to those great James Brown songs of the 1960s and '70s. The reason I like it:  This was a reco
1 comment
Read more

Cool as the other side of the pillow

Growing up in the mid- to late-1990s allowed me to experience some pretty amazing things, most of which shaped my adult life as well. I got into the boy band 'N SYNC. I played the piano and started to play the organ. And I started following sports. My father was a huge part of that last one, since he took me to tons of sporting events and taught me the rules of the games. But I'd be lying if I said that television didn't help that obsession grow even bigger. ESPN had started out small, but by the 1990s they were a juggernaut in cable television, and our basement television was tuned either to ESPN or Nickelodeon. I initially just watched SportsCenter  when my dad watched it, but eventually I was turning on the TV to ESPN at 6:00 in the evening and again when I woke up in the mornings. I loved the mad rush of highlights and news that filled my mind and helped me understand what Detroit radio personalities like Stoney and Wojo were talking about when my dad picked us up f
2 comments
Read more
More posts