Showing posts from April, 2015
Show all

The Art of the Thank-You

April 28, 2015
My birthday is coming up, and I'm bound to get a few well-wishes, some cards, and maybe even a present or two. I've spent the first half of this year purchasing presents for my family members, and my birthday always wraps up the streak (until the fall). It's easy to say "Thank you!" for a present - certainly we've all been taught to say "Thank you" since we were kids - but why is it nowadays that saying "Thank you" is so taboo? I bought a very nice present for someone this year - someone whom I love very much and has done so much for me - and I was very surprised at the response. Instead of a "Thank you!" I got a "You didn't have to give me THAT much." And I was really surprised. And a little hurt, too. Why did the amount of the present make such a big effect? It's not like this present was for some random person that I didn't know very well. Instead, this was given out of appreciation for years of se
Post a Comment
Read more 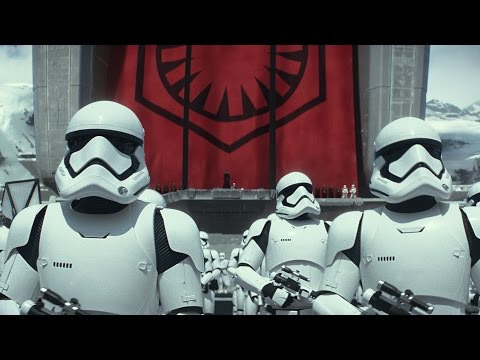 My love of Star Wars is always in flux. Some days I’m just a casual fan, chuckling at a quote that I randomly hear on television. Other times, I am an obsessed nerd-geek, watching random videos and absorbing any news I can get. This weekend I’ve been on the nerd-geek side of the Force, thanks to the giant Star Wars convention that took place in Anaheim over the weekend, along with the release of the second teaser for The Force Awakens . Because of that, I’ve decided to make Star Wars the subject of my mini-blurb segment. Mini-blurbs are when I don’t have enough words for an entire article, but I have enough little thoughts to make one big article. Punch it, Chewie! Teaser Reaction by Fans I almost love the reactions of people to the new teaser than the teaser itself. ( Almost. ) I have eagerly been waiting for my Star Wars podcasts to release their interpretations and reactions to the teaser, and love hearing their takes on what we’re seeing. I also enjoy, to a l
Post a Comment
Read more
More posts