A Quilt Tells a Story: Part 1

May 28, 2015
For years now I've wanted to put together a t-shirt quilt of all my high school and college t-shirts. I'd seen it done really well, and I'd seen some done poorly. I asked a friend from church, Paula Phelps, if she could help put it together, since she's put together many great quilts in the past.

For my birthday, I opened up the box to my first quilt. Apparently I'd given her so many t-shirts that I could have two quilts! 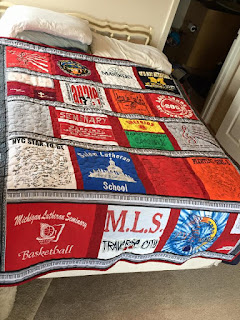 I love each section of this quilt, and I love that it opens up so many memories. I'd love to give you a little insight to each one. 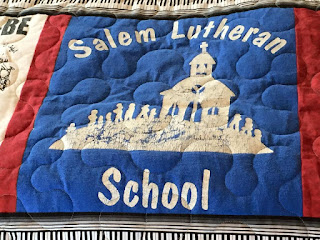 One of the oldest t-shirts in my collection, this one goes all the way back to grade school in the 1990s. We got these shirts specifically for competing in floor hockey and other school events. Sadly, the school no longer exists, but now this shirt has been well preserved! 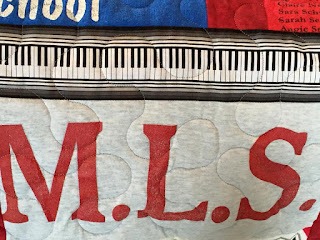 Another shirt that is pre-high school, I got this shirt right before I entered MLS. It was a regular t-shirt, and then for a long time it was a workout shirt. I sweated through this shirt innumerable times. Don't worry - I cleaned it before sending it along. 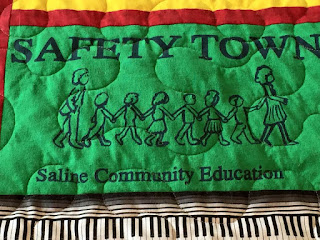 The city of Saline hosts Safety Town every summer for incoming Kindergartners to learn bus and safety procedures, as well as their address and phone number. All of the kids in my family did it, and I helped out with it for a couple of summers. If I worked every day it was offered (I think it was 2 weeks), I got 25 whole bucks! The shirts were green, yellow, and red. I still actually use the yellow one! 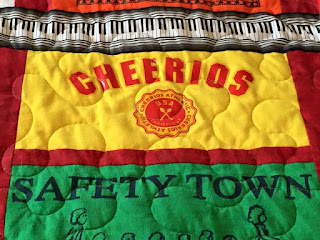 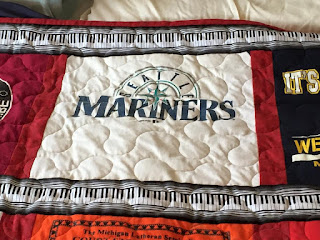 This baseball-style shirt was purchased during my first trip to Seattle in 2002. 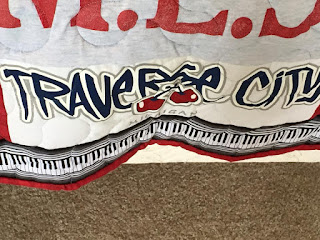 Another baseball-style shirt that I bought with my Papa when he took me up to Traverse City, Michigan for a class. We had a lot of fun up there! 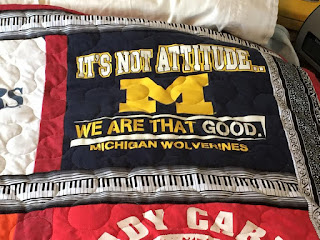 Papa also bought me this shirt at one of his favorite restaurants, Cracker Barrel. Sure, it was a Youth Large, but it spoke the truth! 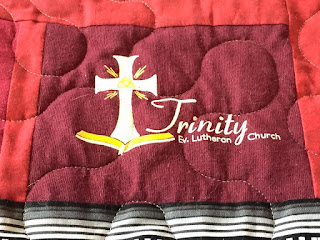 Trinity printed these shirts a few years back. I probably shouldn't reveal that mine got cut up. 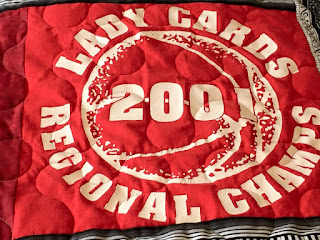 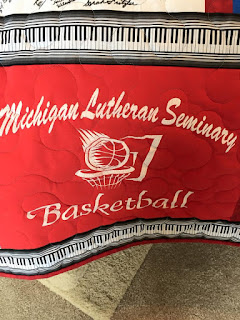 A few great basketball shirts. We had the top one specially printed when we went to the state quarterfinals my junior year. 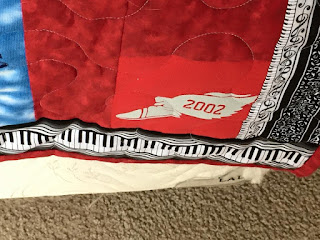 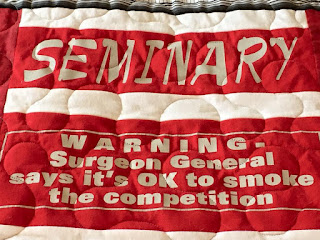 We had a pretty fabulous long-sleeved t-shirt my junior year for track. We owned the conference, so this shirt was appropriate. 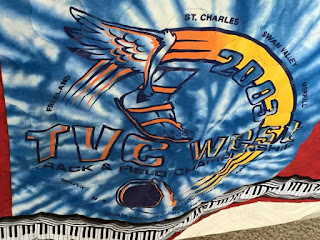 My senior year I got to go to the conference tournament to compete, and they screen printed this on the spot. I was always nervous when I washed it, thanks to the tie-dye, so I didn't wear it very much. (Fun fact: the TVC West has completely different schools now!) 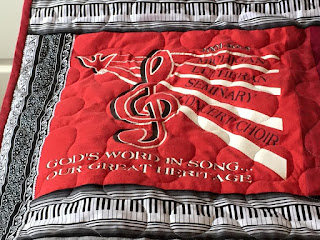 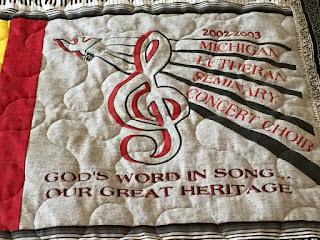 For a while, the Concert Choir t-shirts didn't change all that much. They were white, they were gray, they were red, they were black. They started changing up the style a few years later, but I loved both my t-shirts. The red was my junior year, and the gray was senior year. 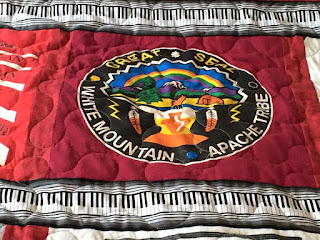 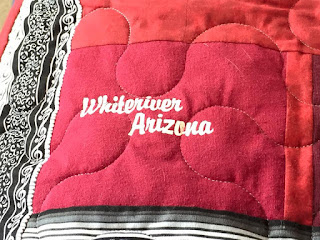 I spent some time in the summer of 2002 doing a VBS in Whiteriver, Arizona on the Apache reservation. It was an eye-opening experience that really showed me how much I enjoyed teaching music and songs. That is the official seal of the Apache Tribe. 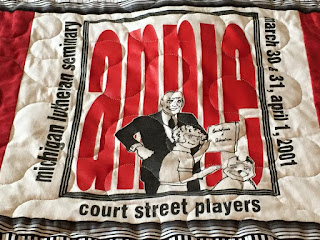 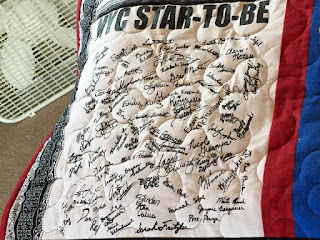 My first big production was Annie during my sophomore year. Although I was a "citizen" of Hooverville, I got a big solo in the "NYC" song. 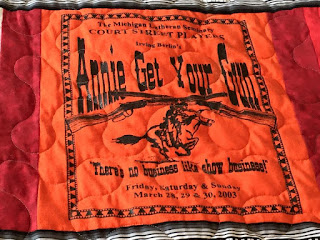 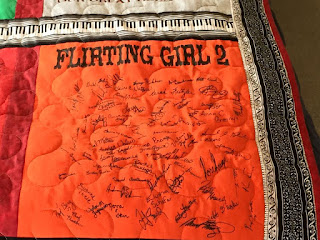 While the part was smaller my senior year for Annie Get Your Gun, I had a lot more fun! I get a kick out of the fact that the musical director picked the three girls that were the least flirty from the cast and made them the flirting girls for Frank Butler's big song. I was also a cowgirl and an Indian. (Fun fact: my students did a Western-themed play this spring, and I played part of "There's No Business Like Showbusiness" on the piano and broke out my AGYG cowboy hat!) 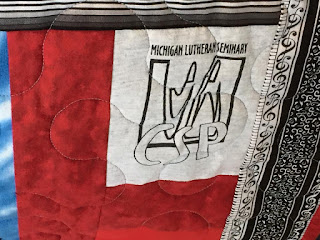 I'll wrap it up with my Court Street Players shirt - the drama group at school. We would go on outings to see plays and musicals and were pretty much in charge of the drama productions at school. I didn't spend as much time in CSP as my siblings, but it was still fun!


I was incredibly pleased with my first quilt, and doubly more excited for my college one to arrive! Hopefully it repeats those amazing music notes and keyboard patterns!