Running: Get Over It

Since my school year is now over, my excuse to postpone running has now expired. I had all the equipment I needed, and it was time for me to get out for a run.

In the previous week, I had gathered my remaining items. First of all, I had bought my new phone, an iPhone 6, as well as an Otterbox case and ballistic glass adhesive. 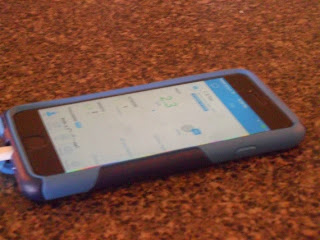 After consulting with a few of my running friends and many websites, I downloaded the Runkeeper app, a free app that tracks mileage and pace. It also has a variety of training schedules that I decided to try.

To hold onto my phone during my run, I purchased a FlipBelt, which stretches out on your waist. 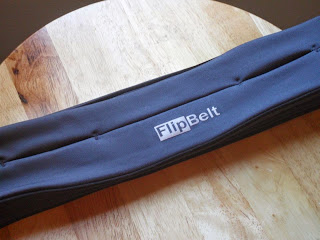 There's no zipper, but the iPhone fits so snugly inside that I don't ever fear it falling out. What I do care about is that on promotional photos, the FlipBelt is always snugly on women's hips. Since my figure is incredibly hourglass, my belt goes right up to my natural waist. It didn't bother me on my run, but I wasn't expecting it. I could have upgraded to a larger size, but I'm worried that it would be too big and fall off! I'd rather go for security. 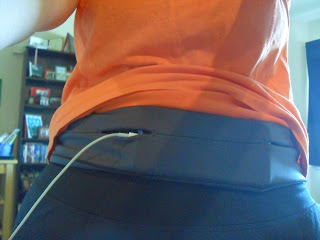 I've been wearing Bondi Bands for years now, and I love them. I have bangs, and I hate having bangs when I exercise. This pushes them back, but the headband rarely moves out of place, and it's made of a wicking material. 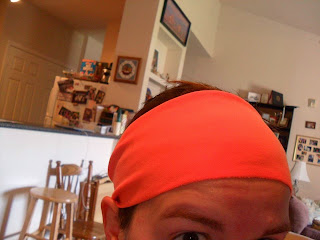 With all of these things in place, I started the app and began to run.

The first half a mile was pretty good, regardless of the hill that I climbed. But then I started on a second hill, and the huffing and puffing started. I started to walk.

When I walk during a run, I find a marker up ahead and tell myself that at that marker, I am going to start running again. I found a weird bush and made that decree, and I started to run again. I did two more walks in the run, and it was kind of frustrating. Four years ago I could do a few miles without walking, and now I have to start at square one and build up my stamina all over again.

My first run was 30 minutes long and I did 2.33 miles in a nice loop I've walked many times before. My average pace was 13:03 and it was pretty hilly!

I am glad for these notes, because it helps me get over how exhausting the run actually was. I want to keep going and keep running. I want to get better! I want to do that loop again and only do walk breaks twice, and then once, and then not have any walk breaks at all!

I was incredibly tired, but I was relieved. The first one is always the hardest. Time to get over it and look to the next run!