Showing posts from June, 2015
Show all

Construction of an Anniversary Church Service

June 15, 2015
I don't often do blog posts about my job. To be honest, I like to separate my job and my hobbies as much as possible. But today I think it's fair to discuss one of my big projects of the year. This year is my church's 50th anniversary, and I was in charge of putting the anniversary service together. I've done lots of Christmas and Easter services over the years, but an anniversary service was a new journey for me. The first thing I did was get the choir pieces together. I knew I needed an adult choir and a choir of kids from the school and Sunday School. I found these pieces last summer in my music planning: everyone would sing "Built on the Rock," the choir would sing a favorite called "Still, My Soul, Be Still," and the kids would sing a mission song that was pretty long, but they would pick up on it during school. Oh - did I mention that our anniversary was scheduled for January 25? I knew it would be difficult for the adult choir to learn n
Post a Comment
Read more

As the running progresses into week 3, I can say it's going pretty well. On Saturday I was able to run/walk four miles in the 50 minute timed run that was scheduled for me. I say it was "scheduled" because I am following a training program on an app called Runkeeper. For the most part, it tracks your running on your phone and gives you insight as to how you're doing.  I like it because it's free and adjusts nicely to my schedule. But I can't end the post on that, can I? So here are a few things you could expect from Runkeeper.  First of all, you can register yourself and then keep track of your progress both online and on the phone app. There are a few things you are able to do online that you can't do on the app, like adjust your training dates, but it's not much.  They make it so you can share your progress with friends and post things on social media, but I'm not big into that. You can also comment on your workout and sa
Post a Comment
Read more 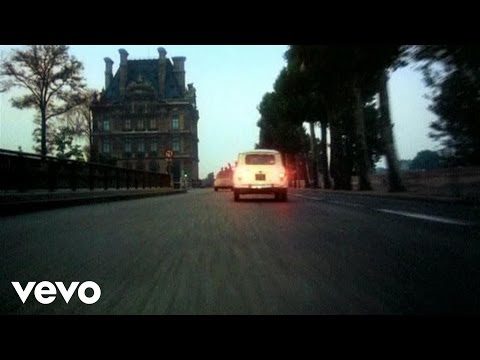 Last month I started a new blog series about the mix CDs that I made - you can find the first post here . In this post we will take a look at my later college years and my first years of being a real adult. Da Senior Mixin' (winter 2007) What was going on:  I have no idea why I picked the title that I did, but I had enjoyed student teaching and was being a student again. Top 3 Songs: "Eye of the Tiger" - Journey "Coming Undone" - Korn "Here We Go Again" - OK Go From the retro to the alternative to the goofy, this CD had it all. The OK Go song was the one with the video of them on treadmills. To be honest, I don't think I've ever seen that video in its entirety! Current Favorite:  "Open Your Eyes" - Snow Patrol This song is one of those great "build-up" songs that I enjoy the most. And it's probably a song you haven't heard before. So take a listen, please! Eclectic Summer '08 (summer 2008) W
Post a Comment
Read more

The Wonders of Snapchat

June 02, 2015
Once upon a time, I got my first Smartphone. It was amazing! I could download apps and go on the Internet and find my way around with GoogleMaps navigation. I could customize my family and friends' ringtones so I would know exactly who is calling me without even looking at my phone. The phone didn't come without its problems, though. Something I wasn't aware of at the time was that there are two different kinds of messages you can send. One is a text message (SMS) and the other is a MultiMedia message (MMS). On my phone, all group conversations and picture messages were MMS and required me to "download" before I could see it. Eventually, as my phone got older, the MMS downloading sometimes wouldn't work or would take forever to download! Because of that I would miss out on some great pictures or get the pictures a lot later. It was incredibly frustrating. I ended up using a different texting service for the last few months of my old phone because it got me
Post a Comment
Read more
More posts