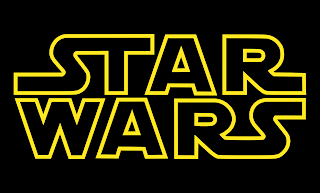 It's Saturday again (the Saturday right after Force Friday!), and I'm here with another Star Wars-related Blurb. I finished the newest novel, Star Wars: Aftermath, late last night, but was too tired to put my thoughts into words. So my review will have to wait till next Saturday.

What is Star Wars: Aftermath, you say? Well, a long time ago (in a galaxy...that's this one) sci-fi authors were publishing Star Wars books in what was known as the "Expanded Universe." These would mostly have been stories that took place after Return of the Jedi. Eventually there were so many books, with amazing and terrible storylines, that the EU was kind of a mess.

Two years ago, Lucasfilm decided that none of those EU stories were part of the actual Star Wars universe, deeming them "Legends" stories. I had no problem with that, since it wasn't like they were getting rid of all evidence of the EU (you can still buy them, read them, and enjoy some of them).

But now the Lucasfilm Story Group is releasing novels that do tie into the official canon of Star Wars, and Aftermath is the first novel that tells the story of what happened after Return of the Jedi. This is one of many stories that is meant to bridge the gap between Jedi and The Force Awakens.

As a matter of fact, they are under the category Journey to The Force Awakens.

So enough about the novels; let's get into our topic - great Star Wars podcasts!

Podcasts have become a wonderful companion to me over the past six years. It all started when I was researching for my 2010 trip to Walt Disney World and I started listening to the WDW Today Podcast, which was four or five people discussing trips, trip planning, and changes to the parks. That led to listening to all their older podcasts (I think they were at 800 at the time) and discovering Inside the Magic, a Disney podcast that was more like a news show - news at the beginning, interviews and reviews in the middle, and listener letters at the end.

As the years progressed, my podcast list has expanded to include Doctor Who (Radio Free Skaro, Reality Bomb), other Disney areas (The Disney Dish with Jim Hill, Mousetalgia), random movie news (The Weekly Planet), and Star Wars. My summers are spent fixing up the classroom, and podcasts are great for this purpose.

With all the craziness of Star Wars this year, as well as the amount of time spent working over the summer, I blew up my podcast feed with all sorts of new Star Wars content. I'm going to give you my picks as some of the best:

If there's one Star Wars podcast you must listen to, it's this one. And I don't just say that because it's all about John Williams' music in the Star Wars saga. It is a fascinating study of the themes and leitmotifs of the music as it's fitted perfectly into place in the films.

This is hosted by Jimmy Mac and David W. Collins, who used to work at Lucasfilm. He does a fabulous job dissecting the soundtracks for the six Star Wars films and brings in musical ideas without sounding highbrow about it.

There have been multiple times that I've listened to his discussions about Star Wars music and I've learned something new. I get really excited when I see a new podcast has been released - they come out once a month, and they spend about 3-4 months talking about one movie. They did the Original Trilogy already, and they are currently wrapping up Attack of the Clones, which is fascinating, regardless of the quality of the movie.

A lot of people are jumping on the bandwagon - just check out this article from IGN about the podcast.

This was the first one I heard, and one of the best produced. Hosted by Jason Swank and Jimmy Mac, RFR covers current events in Star Wars around the world, as well as their commentary on the most current movie news. Their friends are far and wide - they often talk to Dave Filoni (in charge of Star Wars Rebels), Kyle Newman (big movie director) and Sam Witwer (voice actor and TV actor).

One issue I have with this podcast is that the two of them (especially Jimmy Mac) tend to go off on tangents for unnecessarily long periods of time. Their podcasts run for 2 hours, and most of it is great. They also do some cut scenes that are pretty hilarious (when it was rumored that Michael Jackson had wanted to play Jar Jar Binks, they created a cut scene for that which still makes me grin).

This podcast is still trying to find its legs and is trying something new every podcast. The original premise was that they would have conversations with people about Star Wars as if they were just hanging around in a coffee shop. Dan Zehr and Cory Clubb are the hosts, and they are my favorite hosts of any Star Wars podcast, because they are very knowledgeable and you are guaranteed an educated discussion instead of heated reactions.

I'm not a big fan of their collectors segment (I don't collect, so it's boring to me), but they have had great talks with Jim Hill about Star Wars in the Disney Parks and with Cole Horton about history and Star Wars. They also let fans know about the next week's topic the week before so people can submit their e-mails and they can be read in conjunction with that segment.

Dan is also a teacher and introduced me to Star Wars in the Classroom, where teachers can get ideas about how to incorporate Star Wars to their students. That will always perk my interest.

This podcast is not as dirty as the title suggests. I like this podcast because of the discussions between the hosts. There are normally four hosts - Tha Mike Pilot, Amy Ratcliffe, Bryan Young, and Bobby Roberts - and they are kind of curmudgeons. But in a good way. They can get very passionate about the subject they're talking about (especially Bobby), and they're constructive in their criticism - not always positive, but not always negative.

Amy probably is the most knowledgeable Star Wars female podcaster I listen to, and can hold her own against these guys. Mike has a tricky job wrangling all these personalities, but handles hosting duties very well. And the opening title music is the best opening of any of these podcasts.

One of my favorite podcasts of theirs is when they talked about the Clone Wars microseries produced by Genndy Tartakovsky, which I adored when I finally saw it (and actually made me dislike the "new" Clone Wars TV show for replacing that version). They had many of the same opinions that I did, and listening to their love and passion for it was great to hear.


If you're looking for some great discussions about the Star Wars saga, these are some of the best. You'll hear comments made that you'd never hear by someone in mainstream media. These podcasters really think the Star Wars Saga through and give thoughtful insight into every aspect, and not just the stuff you'll hear if you go onto any random entertainment website claiming it knows about Star Wars.

Don't know about podcasts? Check out your phone - you've probably got a podcast app already built in! Download something and start listening!

The Failures of Obi-Wan Kenobi