Showing posts from October, 2015
Show all

Star Wars Saturday: Which Soundtrack is the Best? 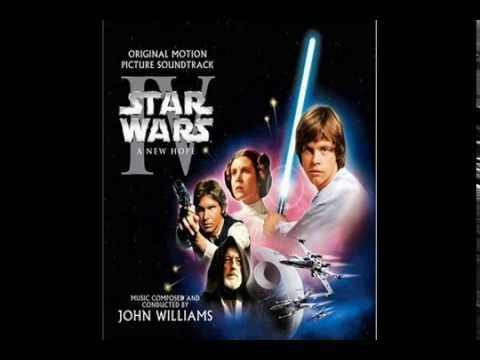 Here on BlurbMusings, it's clear that I love music. I have Music Zone articles highlighting my favorite songs at that moment in my life, and I have even had a Star Wars Saturday post noting my favorite Star Wars songs! But which soundtrack, in its entirety, is the best? This will only include the soundtracks of the original six movies, all composed by John Williams. While the music of The Clone Wars  and Rebels  is pretty good, it's only an echo of the music that Williams scored. Why don't we rank them? Because an article can always use a good ranking. And we'll break it down with a few grades, as well. It's report card time, so I have that on the brain: Since we're talking soundtracks, we should be listening to something. So here you go: 6. Attack of the Clones Theme Song: B+ Battle Music: D Repeatability: C- I really enjoy the theme track to this movie, "Across the Stars." Even if the movie didn't get the love story across, the
Post a Comment
Read more 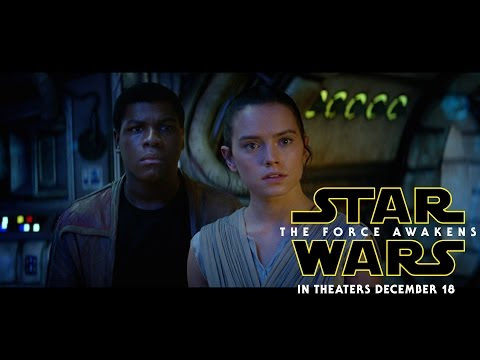 Let's talk the trailer for a bit. How  awesome  was that? Watch it again. I'll wait. The first thing that came to my mind as I watched it was how amazing the music was. From the opening notes - in a high treble for Rey, a lower octave for Finn, and the deep, rich sound for Kylo Ren, the music conveyed tragedy and power. (Those opening notes are also the chords for "Han and the Princess," AKA Han and Leia's Love Theme, of which the entire theme is played later in the trailer.) And then the booming minor chords of the Force Theme, and finally, at the very end, the solo horn playing Luke's Theme. That ending is perfection. The trailer also told us a lot, and nothing. It told us that Rey doesn't think highly of herself, and does have aspirations of leaving the planet (just look at the distant look of longing near the beginning of the trailer. Right before it cuts away her eyes are wistful with just a hint of a smile on her face, like she's imagin
Post a Comment
Read more

My Movie House Experience with Naruto 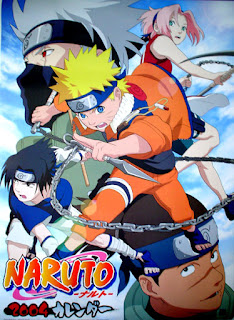 Last Saturday, I needed to get my mind off of things. Michigan had just lost a heartbreaker of a football game, and that kind of loss grates on you. So I decided to take a leap and go see a movie, by myself, in downtown Denver. The reason I headed there was because the movie I wanted to see was a Japanese anime import, and it was only being shown in the area in one location: the Sei FilmCenter. I honestly had no idea what to expect as I drove down to the theater. Would the place be empty? Would I find ample parking? Would the movie be any good? Out of all of these, the last question was the least of my concerns. After all, I had a lot of experience with this particular Japanese anime. So a little background first... The Series: Naruto See that white-haired guy at the top? He's my favorite character, Kakashi. Don't be fooled - he's always had white hair - he's only 30 years old! Over ten years ago, my big brother convinced me to watch this Japanese show
Post a Comment
Read more

I was going to save this post for a later date, because it's one of my favorite things to think about in the Original Trilogy. However, I have a feeling that future Star Wars Saturday posts will be leaning a little more towards The Force Awakens  after this week. You see, rumors are overflowing that the new trailer will debut sometime on Monday. I say rumors because nothing has been confirmed, unless you count a deleted Good Morning America  tweet that said they'd have something new on Monday. Speculation abounds. I am looking forward to seeing the trailer like I am excited to get the latest Star Wars comic that is set after Return of the Jedi , and like I was excited to get the Journey to the Force Awakens  books in September. I just want something new . I want more information! I don't need detailed synopses or plot points. I just want something new. I also want to see Luke and Han and Leia in action, which brings me to my topic of the day. Of those three charac
Post a Comment
Read more 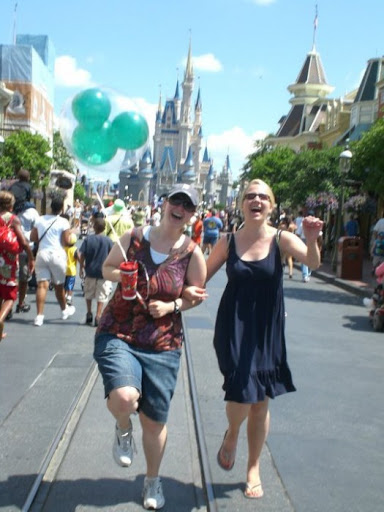 I'm introducing flashback posts for the next couple of weeks! This first one is my very first blog post from TouringPlans.com.  Have you ever tried to watch a movie without a soundtrack? I have watched behind-the-scenes documentaries of movies and TV shows where they show a dramatic scene or huge action sequence, and it sounds...well...dull. But once that soundtrack is inserted, with the ebbs and flows matching the feelings and actions on screen, suddenly the scene pops! With this in mind, can you imagine walking down the streets of  Magic Kingdom  park in Walt Disney World without any of that music coming out of the speakers? Maybe you've never really paid attention to the atmospheric soundtrack, but that music subliminally creeps into your psyche and gears you up for wherever your feet take you! If there was no music, the only thing you'd hear is the noisy people around you. And let's be honest: anything that helps keep your mind off of the loud discus
Post a Comment
Read more

All this anticipation for buying tickets for Star Wars The Force Awakens has me thinking about previous ticket buying experiences I had. I’ve seen a few midnight showings, including Spider-Man 2, Batman Begins, and Star Wars Episode III: Revenge of the Sith, But my strangest experience at an early showing came when I was 14 years old. The main reason is because the showing wasn’t at midnight! In 1999 I was very excited for the new Star Wars movie to come out. I got sucked into all the marketing from Pepsi, Taco Bell, Pizza Hut, and KFC. I watched Total Request Live on MTV religiously at the time (I’ve been an *N SYNC fan since ‘98) and loved when the music video for “Duel of the Fates” premiered. I even bought the trading cards! So when the tickets for the opening day of The Phantom Menace went on sale, I begged my father to buy us tickets for the midnight show on May 19. Well, he tried. But at that time, movie screens were still working with film and didn’t have unlimi
Post a Comment
Read more

Out of all the legacy characters from The Force Awakens , the only one getting a huge pull of merchandise at this time is Chewbacca. This isn't surprising, since he remains relatively unchanged since Return of the Jedi  and has been shown in one of the teasers that has been released. Lots of people love Chewbacca. It might be because outside of that scruffy exterior, he has a heart of gold (sound like another Star Wars scoundrel we know?). It might be because of his wicked awesome bowcaster. It might be because of his dialogue. (Everyone tries it, and almost everyone fails.) I love him because he never felt like he was too big for any creature. He offered his services (and his friend Han's services too) to Obi-Wan Kenobi when they were looking for transport off Tatooine. He fixed the Millenium Falcon  countless times. He rescued C-3PO from the Ugnaughts on Cloud City and chose to strap the droid on his back  rather than leave him behind. My favorite Chewbacca moment com
Post a Comment
Read more
More posts