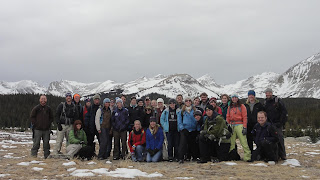 When you enter a WELS church, what would you say is the group demographic that you see the most? Would it be the families with small children? Would it be the seniors ages 55 and older? Or would it be a group somewhere in between?


Churches often struggle to keep members that are entering their 20s and 30s. These men and women are graduating college, moving out of the home, and beginning their careers. In the midst of all this transition and change, a foundation based on church life might be lacking.


The unfortunate statistics about Millennials and church attendance are no secret. According to a 2014 Religious Landscape Study conducted by the Pew Research Center, about four-in-ten Millennials (adults born between 1981 and 1996) consider religion to be very important in their lives (compared to every other demographic, which were over 50%), and only 28% attend religious services at least once a week. About that same amount are active in a religious group.*


It is very important for young Christians to feel a sense of belonging in their congregations. But so often, young adults are few and far between. Many are not making church a priority, and those that go to services tend to find themselves without many in their age group. Even many church events are targeted toward families or older members of the congregation.


So how does a church body bring in those young adults, and allow them to continue their study of God's Word in a welcoming environment?


The answer in Colorado was simple: create a group! Rooted was created in 2011 by several young people from neighboring WELS churches in Colorado, including Dan Kleist and James Free of Fort Collins. According to Kleist, “When we [the young adult group at St. Peter’s Fort Collins] heard of a young adults group forming in Zion, Denver, we decided to get together after the area Reformation service and invite young adults from the surrounding congregations to join us as well. We've been meeting ever since!”


There was a need for people in their 20s and 30s to come together for fun and fellowship. While it might be difficult for a single church to attempt to bolster their young people activities, the idea was made easier by combining the churches in the greater Front Range area. "Most Colorado congregations have too few young adults without children to create social groups with just their own members," says Free.


Lorraine Alff, who lives in Castle Rock, shares that sentiment. "It provides an opportunity for people in the same stage of life to gather around God's word in unique places."


The first gathering was just food and games, but it was clear that these Coloradans were looking to enjoy the great outdoors with each other as well. Events included ice skating, skiing, hiking, and camping. But each time an event took place, there was a special emphasis on studying God's Word.


"[A benefit has been] having 20+ people take serious time out of their lives to meet and then having them voluntarily express afterwards that they really appreciated the Bible study," Free says. It doesn't matter if you bring the Bible in book form or downloaded on your phone!


Now Rooted meets once a month, with a different Colorado congregation serving as host each time. They start with a Bible study, followed by a special activity, ranging from disc golf and beach volleyball to bowling and movies. Interspersed between these regular monthly gatherings are other big events, like concerts, camping trips, or the now-annual February ski weekend at Grand Lake.


Bible studies are usually conducted by the host congregation's pastor, covering a wealth of in-depth topics, like evangelizing, homosexuality, atheism, judgment, and marriage. It is encouraging to discuss these topics with people who have experienced current events and cultural changes at the same point in their lives, but who come at these topics with different perspectives.


Rooted not only creates a community of young Colorado Christians, but it also welcomes new faces to the area. I have heard from many Colorado transplants (myself included) that they knew no one when they first came to Colorado. They moved there for work, school, or family, and didn't have those roots that they'd had in their previous location. But they were invited to a Rooted gathering, and through that group, friendships were created. The welcoming atmosphere of Rooted not only provided them with new friendly roots in a new state, but also strengthened their roots into Christ and his Word.


A great challenge of Rooted and other similar groups is organizing and planning the events. Amy Maurer from Aurora has organized a few events for the Rooted group. “A lot of time and work goes into planning and promoting events. When key organizers grow individually, they take on more roles and commitments with family, work, church, etcetera. We are learning how to delegate these organizational roles so leaders can transition in and out as lives change.”


No matter the leaders or the events, the goal of the group stays the same. The Facebook description for Rooted says, "Our hope is that this group connects WELS Lutherans and their friends from across Colorado's Front Range...God-willing, through these events, we will be able to encourage each other in our daily lives, and more importantly in our walk with God."


The success of the Rooted: Colorado group continues even after people leave the area. As a matter of fact, the Rooted group has a sister group in the Phoenix area, started by Rooted members formerly from Colorado! “We've had a couple vicars who have been involved in the past take interest in offering something similar in the area they've been called to serve,” says Kleist.


Plus, Rooted is not the only group in the WELS targeted toward this demographic. Several groups have started up in the Midwest as of late, including the Watertown (Wisconsin) WELS Mingles Group and the TnT group out of Chicago.


The potential is vast for more regional Rooted-like groups, but good leaders and good organization will help them succeed. Free notes, "Our biggest need is to establish continuity beyond depending on any particular organizer's involvement. This will also create a model that is easier to implement in other parts of the country."


That sentiment is shared by Maurer. “What are the long-term goals for Rooted? Hopefully we will be able to establish a solid organizational structure so Rooted can be enjoyed throughout the WELS for generations to come and grow in their faith.”


In a demographic that usually strays from the church, groups like Rooted are making an effort to encourage young Lutherans in their faith through fellowship and God's Word.


Statistics about the disconnect between Millennials and the church are everywhere. But don’t give up if your congregation is struggling to retain young adults. Maybe they just need a like-minded group to help them stay...rooted.


For more information about Rooted in Colorado, check out our Facebook page at facebook.com/groups/rooted.wels. Be sure to check if your local area has a young adult group!