Tales of the Big City

January 21, 2017
In 2002, I was on a big high school choir tour to the southern states. It was my first major trip without my family, and I was loving it. The families I stayed with were incredibly nice, the food was delicious, and the bus travel was relaxing and enjoyable.

Every few days we would have a longer time to sit back and enjoy the areas we were visiting. One of those times was in New Orleans, Louisiana. On Easter Monday, after a triple-header of concerts the day before, we were dropped off near the French Quarter and told to meet back at the bus in the late afternoon, and we were required to stay with at least three other choir members the whole time. 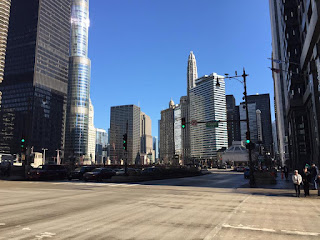 The day was a blast - I had beignets at Cafe du Monde, walked down Bourbon Street, took a riverboat, and sang an impromptu concert with 15-20 other students in Jackson Square.

Unfortunately, the trip took a sour note when a group of us girls were heading back to the bus and decided to stop at a McDonald's for supper. As we were waiting in line, a group of guys approached us and asked us for money. We were surprised and quickly said no.

That wasn't the end of it. One of the guys got angry and railed on us and the other people in the restaurant. I was embarrassed and scared, honestly. In hindsight it wasn't a serious situation - they didn't follow us out of the restaurant or continue to pester us or anything like that, but for a 17-year-old girl who didn't have that much large city experience, it was frightening.

I am one of those people who lets little things linger for way too long, and that one moment marred a day full of positive memories and made me think twice about visiting big US cities. It's not like I have avoided big cities at all costs - I made a few trips into Denver during my time in Colorado and am in Detroit yearly for sporting events or musicals - but I still never felt 100% comfortable.

As I get older, I am trying my hardest to achieve my goals and the things I love, and one of those things is traveling. I want to go to Europe this summer, and in order to do that, I need to be comfortable traveling around big cities and figuring out public transportation.

To do that, I needed to face my fear of big cities, and I did that today.

Right after Christmas I managed to purchase a ticket to see the afternoon performance of Hamilton in Chicago. I was incredibly excited, but I knew I had much more to plan. How was I going to get there? What if the weather was crummy? How comfortable would I be on my own in that big area?

Quickly I made arrangements. To help me get comfortable with European travel, I was going to take the train into town instead of driving. It would get me into Chicago at 9am and leave the city at 6:30pm. 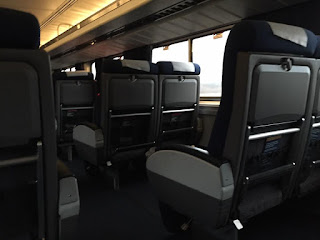 I purchased a Ventra 1-day transit card for $10, which would allow me to use all the CTA buses and Metra lines. I was glad to have that because who knows how cold it would be in January in Chicago?

I searched out a place for lunch, and I spotted a ramen restaurant north of the river, and while it was a bit out of my circle, I really wanted some ramen!

Since I would have five hours to kill before the show, I looked for some things to do in the area. The PrivateBank Theater was just a couple of blocks from the big Grant Park/Millenium Park/Art Institute block, so I was looking for things over there. The Art Institute of Chicago was too overpriced for my budget trip ($25), but there was a Military Museum right across the street, as well as the Chicago Cultural Center. Those were much more budget-friendly.

Finally, I downloaded CityMapper, an app that helps people find buses and trains for people and locates the shortest route between locations using public transportation. People in London swear by this, and the app works in Chicago, too.

With all of that planned (and a few "women going solo" videos viewed on YouTube to gain confidence) I was ready.

Today came, and with it the most incredible weather I have seen in January in the Midwest! The forecasted high was in the 50s in Chicago, and at home it was warm, too. I actually left my coat in the car and walked around in a sweater the whole day - and I was never cold!

I parked my car and hopped on the train with no problems. The Amtrak train was lovely - it wasn't crowded and the trip was fast and easy. 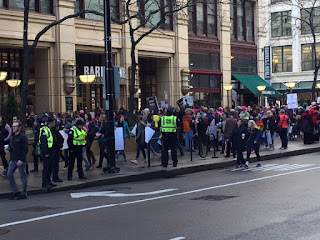 I realized mere days before today that the Women's March would be taking place on the same day, and because of that, I simply followed the huge crowds that were on their way to Grant Park. (I'll talk more about my experience viewing the Women's March in a later Blurb - preview: it was amazing witnessing that kind of history firsthand.)

Because the weather was so warm and there were so many people downtown, I didn't feel a huge need to use public transportation. I only used the bus twice - once to get up north to Ramen-San for lunch and once to get from the theater back to Union Station. That was it! It was a waste of a Ventra card, but I felt security having that thing if I needed it.

The Pritzker Military Museum was small, but eye opening. It suited my need to fill some time without costing too much - I would not have had enough time in the Art Institute to get my money's worth. I also spent a lot of time at the park watching the March and seeing the aftermath, as well. 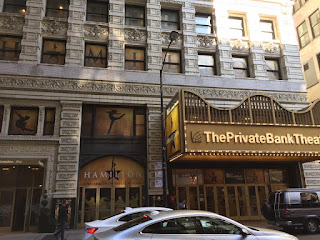 And, of course, there was my original reason for being in Chicago: Hamilton! I had a wonderful seat, and it was everything I could have hoped for. There was the magic of live theater, and the ability to witness the incredible staging and choreography that one can't see when listening to the cast album. I lingered after the show and got great pictures from right in front of the stage.

I got myself back to Union Station with no problem, and before I knew it I was back home!

I woke up today praying that today would be a good sign of things to come. I walked with confidence and traveled smart, and because of that I had an amazing day. I am older and wiser, and I am not the same girl I was 15 years ago. Not every day will go as perfectly as today, but I have a pretty nice blueprint to follow in the future!