July 26, 2017
After three days of jet lag mainly dealing with nausea, dehydration, and loss of appetite, I'm finally starting to feel like my normal self again. Now I'm starting to see my friends and family and am hearing "How was Europe?" a lot.

My answer is usually the same: "It was amazing!" But there is always so much more I could tell them! If we ever sat down and they let me rant for a couple of hours, here are a few things I would mention: 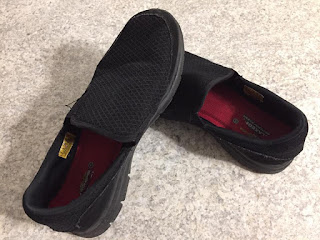 I had some great shoes!

I guess you could say I splurged on some shoes, if getting high-priced shoes at Meijer counts as "splurging." But I'm used to $20 shoes, and paying $75 for some quality black flats made me hesitate for a bit.

Thankfully, the shoes I purchased were worth the money. I walked all around London and ended up putting dozens of miles on those poor shoes over the span of just three weeks. They protected my feet from the rain, cushioned my feet with its extra padding, and worked with most of my outfits.

I did major research.

I have been out of North America two times before this, and I honestly can't believe I survived those trips. I didn't do any planning! In my first trip to the Czech Republic I didn't learn any of the language, didn't know the currency, didn't know the customs, and didn't even realize it was a Slavic language very similar to Russian. Looking back I'm pretty embarrassed for myself. Shorts and t-shirts? Really?

This time around I was watching videos on YouTube, checking out travel books, and going on the internet for the six months prior to the trip. There were a lot of things I did that I wouldn't have done if I hadn't researched. 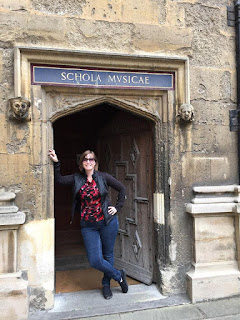 I didn't bring a pair of tennis shoes. None of my shirts had giant graphics on them. I didn't wear my passport tied around my neck.

I come from a family where we show off our sports loyalty by what we wear. And I will admit that it was pretty fun seeing a few people in London wearing Michigan shirts. But I loved blending in with the crowd! There were a couple of times when I approached someone at a shop or restaurant and they spoke to me like they thought I was a native, then switched it up when I started talking with my American accent.

I fell in love with public transportation.

In movies and television shows public transportation is where all the crimes happen or the weird people are. Or at least in American buses and subways. 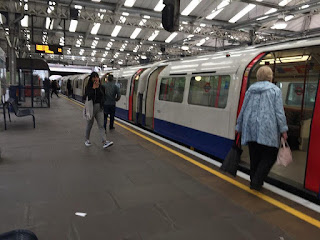 In Europe, everyone takes public transportation. Double-decker buses. Metro lines. Light rails. Trains. Families, adults, teenagers, business people, and us tourists all use them. Most of them are pretty easy to access - the Underground in London and the tram in Plzeň use reloadable cards that you just touch onto a screen and it withdraws the money.

The weekend after I returned home I had to travel through Chicago, and it was there that I really could have used a ride on the train. Everyone in America owns a car or two and they were all on the Illinois and Indiana highway systems at the same time. Wouldn't it be nice if there were more train offerings that could help people bypass the highways?

I sampled all the local food and drink. 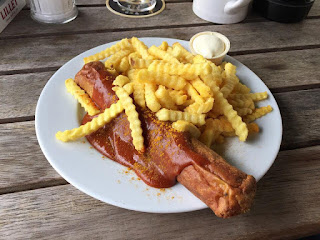 I used to be a chicken-fingers-or-nothing kind of girl. Somewhere between high school and college my taste buds finally decided to develop and now I'm trying new things left and right. Fish and chips. Currywurst. Flammkuchen. Goulash.

My samplings weren't limited to foods. I had tea several times in Britain. (Still don't like it.) While my family had coffee I would order Heiße Schokolade mit Sahne. And I drank my favorite Czech beer - Gambrinus - whenever I could.

Yes, I did have a couple of burgers and a few slices of pizza, but they had a European flair to it!

I learned a little of the lingo.

Soon after I'd started making airline and hotel reservations in January, I broke out my Pimsleur's Czech recordings and started learning a little conversational Czech. It wasn't everything that I needed, but it was enough to feel comfortable. In Prague I was incredibly tempted to go up to someone and ask, "Promiňte prosím, kde je Václavské náměstí?"

I had to go a little further back with my German - 14 years back, to be exact. I was still pretty surprised at how much I remembered, but it wasn't enough to speak comfortably with other Germans. I spent most of the time asking my family if what I was saying was correct!

My greatest regret is that I had a few Brits say, "Cheers" to me to wrap up a conversation, and I never said, "Cheers" back! That's what you do, doofus!

I was smart to use a backpack. 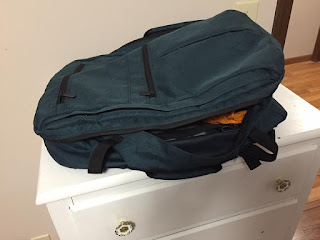 When I ordered my Rick Steeves backpack suitcase in February and it showed up in the mail, I was a bit shocked to see how small it seemed. Could I really pack up all my belongings for two weeks in such a small case?

The answer was yes, and thank goodness! Since I didn't have a roller bag, I didn't have to look ridiculous toting something like that around on the Underground or on cobblestone paths that are common throughout Europe. While my backpack got heavy, it was great to use the straps and distribute the weight on my back.

I was also smart to send a suitcase to Plzeň.

It was awesome to have another bag when I got to the Czech Republic - not only to take all of my VBS items straight to the school, but also to distribute all of my clothing and souvenirs between two bags instead of just one!

It's a bit sad that I won't have anyone in my next major trip to send me a suitcase three weeks in. Though I guess I could always buy one there...

I documented the trip each day.

I have a journal that I brought with me on the trip, but I am not even past Day 2 in there yet. What really helped me keep track of events was writing this blog! Thanks to my Writing-Every-Day resolution and my desire to keep you all informed, I have fantastic documentation of my trip. I will be writing in that journal over the next few weeks, but I don't feel as much pressure to get everything down as fast as possible, or else I'll forget stuff!

I hope I can take these lessons and apply them to all my future trips!