September 30, 2017
There are so many more things to Star Wars than just the movies. George Lucas knew this when he was making the first film - he made sure to get a slice of the merchandising profits. People didn't realize at the time that this would be such a major investment!

Since 1978, the amount of merchandising has exploded, and most Star Wars news that is released is some sort of merchandise. And as the children who grew up with Star Wars mature, their toys also mature to collectibles and film prop replicas.

It's easy to love Star Wars movies - there are (currently) eight of them, with others down the pipeline. But when it comes to merch, I have tried to avoid getting sucked in. Why?

Two important factors have played a part: money and space. For the first few years of my adult life (post-college) I was living in small apartments where space was a luxury, and earning paychecks that gave me a good living but didn't provide any excess with which to spend frivolously. Because of these things, I trained myself to ask two questions.

"Is this really something I need?"

"Where would I put that thing?"

I have upgraded in both salary and housing, but my stinginess with Star Wars collectibles remains. When people are freaking out over getting the next cool thing like Sphero BB-8 or all of the Forces of Destiny figures, I am enjoying the pictures online and pocketing my money.

All that being said, there is one collectible that I own and adore dearly.

Back in 2008, I was living with my mom's cousin and his wife as I did some training in the Twin Cities. I didn't have much time to enjoy Minneapolis and St. Paul, but I did find out that the Science Museum of Minnesota had a special Star Wars exhibit called "Star Wars: Where Science Meets Imagination." They agreed to come with me, and I remember enjoying an IMAX show and seeing some neat stuff. (This was before the height of my Star Wars love, so I don't remember as much as I want to - it was nine years ago!)

I do remember the gift shop. There were cheap items all over the place, but the thing that attracted me the most was set up on a pillar in the center of the store: a Luke Skywalker statue that was amazing. It was from the Unleashed line by Hasbro, but I didn't know that at the time. 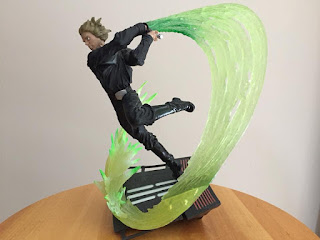 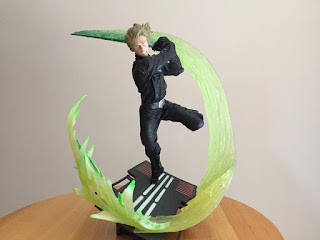 I took a picture of it because it was so cool. At the time, I still thought I was the only one in the world who preferred Luke Skywalker over Han Solo. The determination in his face combined with the incredible flame-like lightsaber movement sold me.

(There is a sculptor who often does sculptures for famous Detroit athletes, and he does a very similar style to show movement, so I might have developed a love for that style at a young age.) 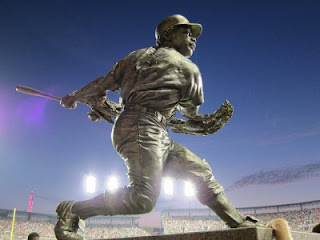 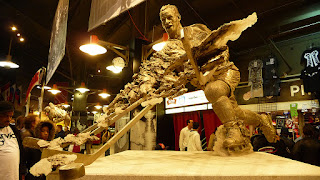 Well, I posted a picture to my family about the collectible, and that Christmas I got it! It was five months later, and truth be told I didn't remember it. But I was thrilled to have it!

It has always held a place of importance amongst all of my other items. In Colorado it fit perfectly on my DVD bookshelf and guarded my Star Wars DVDs with great care.

I don't feel an urge to get the rest of the Unleashed collection - just Luke was enough. Any other collectibles that comes out for Star Wars makes me look at it, look at my Luke, and say, "Nah. I'm good."