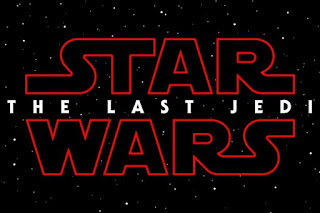 So I had a whole other article planned, but then I got home on Thursday after viewing The Last Jedi and completely erased it. Here is the new article:

It isn't like they're angry or anything. It's that they just don't know how to process it.

I thought that my initial disappointment after my first viewing of The Force Awakens was because I had been up for almost 24 hours straight watching Star Wars movies. But here I was, coming out of The Last Jedi, a bit sad and confused.

Casual fans of Star Wars will go in, enjoy a star war, and leave. But crazy fans have spent literally years crafting their own hypotheses and ideas. They have said that this plot point MUST happen or else the movie is ruined, or that this character MUST have this backstory or else the movie won't be the same.

The problem with that? We usually don't get what we want, and we suffer through that first showing of Star Wars seeing characters be out of the box and plots move in different directions.

So just give us some time. We'll tell you our actual thoughts either after a good night's sleep, or after a second viewing of the movie.

On Friday I got to see The Last Jedi for a second time, and as had happened before, things were much more enjoyable.

Today I am going to post some quick thoughts about the movie, and next week I'll post my final Star Wars Saturday article for 2017 with a more in-depth look at The Last Jedi.

The plot of the movie is definitely not a retread of The Empire Strikes Back. The Resistance spends the entire movie running away (almost in slow motion) from the First Order. Rey's training on Ahch-To is less "training" than "plot revelations." The big lightsaber fight actually isn't the climax of the movie, because the showdown between Ben and Luke is more of a mental battle than a sword duel.

It was different, and I really liked that. The new directions that were in the movie - in how the Resistance made a few errors as they ran, and also the new ways the Force was used - challenged Star Wars fans and encouraged them that it was okay to see these things in a new way.

The characters are all played fantastically. It would be hard for me to find someone whose performance I didn't like and appreciate. I think the closest would be General Hux, who seems to be more slimy and meant for comic relief than the presence he was in The Force Awakens. The new characters, like Rose Tico and Amilyn Holdo, are easily welcomed into the galaxy and don't feel like they were shoehorned in. And, of course, all the returning players are amazing and get really nice character arcs. One of the biggest arcs was by Poe Dameron, who learns how to be a leader.

I liked how much interaction Rey and Ben got with each other. It helped to understand Ben and where he had come from, but also to see how committed Rey is to helping him out...until he firmly decides which path he will take. I did think Ben was coming back to the light, but he had to go off and blame the previous generation for everything bad

All the battles were so much fun to watch - everything is so carefully choreographed and created that it's easy to see how the fights play out. From space to sabers, it is realistic and great.

Does the movie have issues? Yes, with Snoke in particular, who showed that he wasn't a huge need in the trilogy by getting cut in half halfway through the trilogy. Canto Bight could also be seen as a waste of time, if you didn't realize that it was there to just let the main story breathe a little bit before the giant hour-long ending where it all comes together. And Phasma. Just...yeah.

To wrap it up, though, I gotta look at my boy Luke. I was nervous how he would be played in this movie, but I was absolutely thrilled to bits by this performance and by this character. He makes mistakes and tries to run from them, but Rey's insistence and persuasion (and Yoda's advice!) helps him make the right decision and come to the end of the scene like a major bad-ass.

(But did he really have to DIE???????? To propel the story forward with new characters, yes, but in my heart, no! Of course not! Long Live Skywalker!)

All in all, a great movie. It's not what I expected, and I imagine most die-hard Star Wars fans will feel the same. But just give us some time. We'll be back to our excited selves in no time.