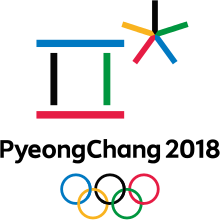 It can be hard for Americans to watch something that is happening half a world away. If it's not "local," it's not "relevant." Having a Winter Olympic Games taking place all the way in South Korea might not be appealing to the casual viewer. Events will be taking place while we're sleeping in the States! Why should we watch?

Well, if you're on an article called "Olympic Blurb" it's likely that I'll have sixty or seventy reasons to watch. Or 100. But for your sake, I'll trim them down to five or six:

PyeongChang is fourteen hours ahead of the East Coast of the United States - and seventeen hours ahead of the West Coast! To put it in perspective, an event taking place at 3:00 p.m. Korean time would be streamed live back in Eastern time at 1:00 a.m. (If you're confused, just go back 2 hours and then change the p.m./a.m. around. That makes it pretty easy to follow.)

However, if you remember back 10 years ago, the Summer Olympic schedule was tweaked to allow swimming finals to take place in the morning in Beijing...to allow for NBC to air them live back in the United States in primetime. That meant we didn't have to endure tape-delay or Internet spoilers in order to enjoy Michael Phelps' eight gold medals.

This year it's happening again, and that's for our benefit! NBC always spends the most money out of all other countries to get Olympic coverage, so it's clear they have a bit of a pull when it comes to the schedule.

A clear draw for U.S. viewers is figure skating, and those events will almost all air live in America. Skiing and snowboarding will also have a primetime slot.

Even though we're a great distance away, it actually can work for our advantage! (As long as your brain can endure that you're watching Tuesday events on Monday...)

Many athletes that we fell in love with back in 2010, when the Winter Olympics were nice and close by in Vancouver, have retired or failed to qualify for PyeongChang. Out of the 242 American athletes, there are only 10 gold medalists. Over half of the squad is new to the Olympics, including almost the entire men's hockey roster. (Since current NHL players are no longer competing in the Olympics, one former NHL player who played on the 2006 Olympic team will play and serve as captain - Brian Gionta.)

If you've followed me, you know that I get a bit sick of the NBC-hyped athletes by the time the Olympics actually begin. It's great for sponsorship, but it is a bit painful to watch the same commercials during every break of whatever you're watching.

Maybe I was just spurned early on in my Olympic viewing career. I had put all my chips on Michelle Kwan to win figure skating gold, and then she fell short in 1998 (to Tara Lipinski) and 2002 (to Sarah Hughes) and I just got irritated because I had seen her in so many commercials and basically was expecting her to win.

Nowadays I'm pulling for the underdogs, so it's always a lot of fun to see new athletes break out on the biggest stage.

In the past 20 years the Olympics have added some great events that are really fun to watch and enticing to viewers. That starts with snowboarding, which now has five different events for men and women. It used to be a niche sport that targeted a younger Winter X Games audience, but now snowboarding is attractive to all ages.

Another set of mixed gender events are being introduced - a downhill slalom skiing team event featuring two men and two women, the biathlong single mixed relay, and mixed curling. This is added to the already-existing team figure skating event that was introduced in 2014, mixed luge relay, and the obvious pairs figure skating and ice dancing events.

I can't get enough mixed gender team events, and the more I can get, the better.

Not only are there mixed gender, but events like speedskating and cross-country skiing have events that stray from their normal template. Both have a mass start even this year (it's new for speedskating in 2018) which means that everyone starts at the same time. In long-track speedskating that's unheard of because the track is specifically designed for two lanes of competition. I got to see this during the U.S. Nationals this year and loved how insane it gets with so many speedskaters competing all at once!

As in its Summer counterpart, the Winter Games has something for everyone.

Some people might groan and complain that the Winter Olympics take place during the school year. This makes it harder for someone (like me) to watch because of all of my normal school responsibilities.

However, this is a great chance to teach my students about several important aspects of the Olympics. Geography is an obvious one, and I hope to really expand on that this year. In 2014 I did a lot more with maps than I think I needed to, and this year I'm going to focus on athletes and where they are from rather than being so large with my study.

Sportsmanship is another big aspect to teach. While it is perfectly okay for my students to cheer for the U.S. teams, it isn't okay to insult other countries. I can promote positivity and encouragement when we watch events, and also help them deal with defeat in a good way. It's okay to be disappointed - it's not okay to lash out at others because of it.

Finally, it's a way for students to build their world. Many of them haven't been outside of a 100-mile radius of their home, and the Olympics provide a channel to show them how big this world is, and how we can appreciate people from all countries and all races.


Break from the Monotony

Let's face it - February is pretty boring. If Valentine's Day isn't your thing, then there isn't that much to enjoy in the month. Depending on where you are, it's still cold and dreary, and the next big vacation time is still weeks (if not months) away.

Every four years, though, February becomes a monotony breaker. Instead of following the same-old routine, fans take the time to tune in online or on TV to watch the Olympics so they know what to talk about with their classmates or coworkers the next day. Honestly, it's rare for any sporting event (besides the NFL) to get so many people talking.

We all need a break, and this couldn't come at a better time.


I hope you're going to take the time to enjoy a day or two (or seventeen) of Olympic coverage, and I hope you'll come to the Olympic Blurb every day to let me share my observations with you! I'm still teaching during those seventeen days, but I'll do my best to be as thorough in my coverage as possible. I am getting more and more excited as we get closer and closer to February 8!