We're back! If you've shut off your Olympic brain for the past 500 days, it's time to turn it back on. Get ready for shocking finishes, stunning upsets, tears of victory and defeat, and the same commercials over and over and over again.

I have been following the Olympics since they were held in Atlanta in 1996. I might be the only one
who thought that Izzy was a pretty cool mascot, though I think he was marketed for my age range. (So the marketing clearly worked.) I remember not realizing how important the torch being lit on Muhammad Ali was, though everyone else seemed to think it was very momentous. I remember waking up to the news of the bombing in Centennial Olympic Park. And I remember Amy Van Dyken and Michael Johnson, who absolutely dominated in swimming and track.

I continued to love the Olympics and watch them when I could. In 2002 I was in high school and had a roommate who also loved the Olympics - and Alexei Yagudin, Russian figure skater, in particular. Although our dormitory wouldn't allow VCRs, (that was the way we recorded stuff before DVRs, kiddos) we smuggled one in and recorded a bunch of stuff. We were such rule breakers.

I went to China in 2008...right after the Beijing Olympics. I was enthralled by their Opening Ceremony (still the best one IMO) and couldn't get enough Michael Phelps. When I was in China there was a lot of leftover merchandise from the games for cheap, so I bought as much as I could. (I still enjoy my little panda fuwa mascot magnet!) 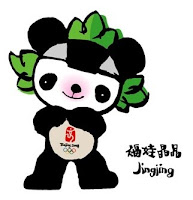 Once 2010's Olympics in Vancouver arrived, I was teaching full-time and roped my students into experiencing parts of the Olympics with me. It wasn't hard - we could talk physical education, math, and geography! I really got into snowboarding events, and found that after school NBC showed either cross-country skiing and biathlon, so as I got the classroom ready for the next day I was watching those sports.

2012 was THE year. It was also the year that NBC did a lot more online streaming, so I was watching basically everything. I was watching things that I'd never given a passing thought - shooting, canoeing, golf, rhythmic gymnastics, and open water swimming. Why? Because I could, that's why! And in 2014 and 2016, I couldn't get enough.

Through those three Olympics, I really started to get into daily blogging. I would write a main article about something that struck my fancy that day, and then launch into mini blurbs - things that wouldn't be long enough for an article but I still wanted to discuss. I knew that my obsession had become huge when I would sit in front of three screens playing three different events and have my paper and pen in hand while taking notes. It was early mornings and late nights (or, in Sochi's case, middle-of-the-night-gold-medal-wake-up calls) and I loved it. 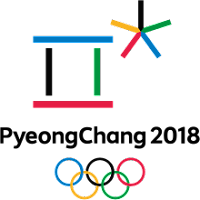 This year will be a challenge. I currently live in the Eastern time zone of the United States, and that is a whopping fourteen hours behind Pyeongchang. Most of the primetime events taking place there will be happening just as I'm waking up or heading to school, and all of the daytime medals will be spoiled for me because I slept through them. There's not much of a chance that I'll be staying up all night and then teaching all day. (I tried that four years ago - I got sick as a result.)

Because of this conundrum, I need to let go of my Type-A desire to watch everything live. I have to enjoy the process of how athletes won or lost medals instead of when they win it. I will use my little-used DVR to its maximum potential, recording everything so I can fast-forward as much as possible through NBC's thinkpieces and interviews about unimportant things.

I think my most important goal this year is transferring my love of sports, history, and travel to my students. When we are able to watch things together, we can really get something out of it. If anything, I want to encourage supporting all the countries that are competing in events. It's perfectly fine to be patriotic and root for the home country, but that love and appreciation can cross countries. The spirit of the Olympics is all about brotherhood and competition, and that can sometimes be ignored in favor of dominance and doping. If my kids hate sports but at least can learn to appreciate how amazing people are from around the world, then the Olympics did its job.

So hopefully you'll join me on my Olympic journey. Leading up to February 8 I'll be doing a few blurbs here and there, but once the Winter Games unofficially begin I will hit the ground running!

Get excited - the Winter Olympic Games are almost here!

(To get excited for the Olympics, you should tune into the Olympic Fever podcast - I listened to all their podcasts episodes within the course of a week and I can't wait for the next one! Listen wherever you listen to podcasts or on their website. I will cover their podcast more in another pre-Olympic blurb!) 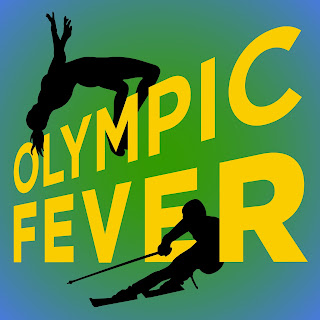