Let's do something a little different! I'm going to comment on all the events I'm watching tonight. Since it's Friday and I have nothing going on tomorrow, I'm going to try to stay up as late as possible. I might even stay up late enough to watch the gold medal curling match! (We'll see. I'm pretty exhausted.) 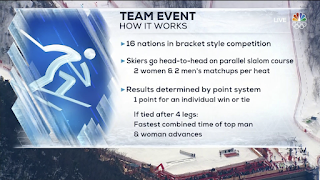 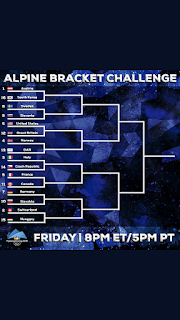