How do you do it every time?

Every time I watch you, I am entranced. I adore your strength on the ice and your artistry. I love how you show emotion and stir up the crowd. I am enthralled by the connection between choreography, costume, and music.

Other ice events try their best to get my attention. Ladies' figure skating is your more popular little sister. Pairs is all lovey-dovey. And ice dancing is...well...ice dancing. (jk I love you too ice dancing.)

But men's figure skating always sucks me in. When entering the Olympics I always think I'm just going to ignore figure skating in favor of other events. But even while ignoring all the prepackaged NBC bits and their pre- and post-shows, I can't forget you.

I think what I appreciate about you the most is your mix of technical prowess and creative mastery. The best male figure skaters combine those two elements and make the audience feel like they were the one taking the journey instead of the skater. There have been times in the past two days where I have tears in my eyes (Nathan Chen's free skate) and can't stop smiling (Javier Fernandez, Adam Rippon's free skate) and can't believe what I am witnessing (Yuzuru Hanyu - sometimes he looks like a robot because his jumps are so mechanically precise!).

Yes, there are duds. Mikhail Kolyada of the OAR can't emote anything, and some programs feel like the skater is on the ground more than he is actually performing. And there's that nasty business about technical scores trumping artistry and allowing failed quad attempts to mean a higher score than a routine with no attempted quads.

But even with that, I just can't quit. This is one of the only things where I will watch the competition - and I mean actually watch and not just glance over while browsing on my phone - and appreciate all the exhaustion that is being put forth by the skaters. The final skating group tonight was an incredible masterclass, and it was a joy to watch all of them give everything they had and leave nothing behind.

They've earned their primetime television position, and I can't show my appreciation enough.

We had Wibbly-Wobbly, Timey-Wimey Day in the classroom today. I've mentioned it in previous Blurbs, but I put all the subjects for the day - plus a few fun things like Hangman, Mad-Libs, and Dance Party - into a box and let the kids pick out the order of events for the day.

Today I stuck in two "golden tickets," where whoever chooses the Olympic card gets to also pick which event we'll be watching! I had a list of Friday's events at my desk (women's snowboard cross, men's hockey, women's speedskating, men's super-G, etc.) so they could choose from that.

But they kept picking different cards throughout the day - Math, DEAR Time, Dance Party (we did "The Chicken Dance"), Extra Recess - but by the end, no one had picked the Olympic cards! The last person had four choices: Clean Desks, Olympics, Olympics, and Science...and they picked Science. I was happy that we could still fit in Science before the end of the day, but bummed because I wanted to see what some of those kids would pick!

In the end, we watched the final of women's snowboard cross as we finished our Art painting, and they were mesmerized. I was kind of disappointed there weren't any crashes to show the kids! (Should have shown them men's snowboard cross from yesterday when half the final group wiped out halfway through the race.) 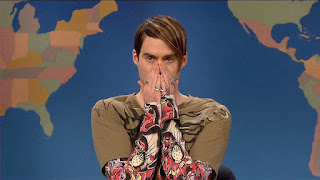 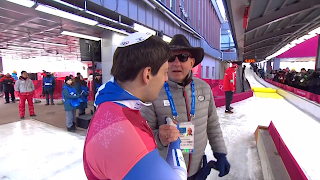 It's past midnight and I should turn in. While I had five full days of school, the Olympics really made the week fly by! I made myself get to bed between 10:30 and 11:30 each night and still managed to catch up on the rest of the day's big events by 8pm the next day. Tonight? Not so much, but that's okay! All I have on the docket for tomorrow is Olympics!