Two years can seem like an incredibly long time.

Two years can also seem like the blink of an eye.

For me, looking into the horizon at the Opening Ceremony of the 2020 Tokyo Olympics in two years, I am full of

Panic because there's so much to do.

I like to make lists, and my list for my trip to Japan is very, very long. To make matters worse, I can't start to make plans until the schedules have been set and the reservation windows open, and I don't know when that is going to happen! Nothing can quite beat the fear that I'm going to be doing something else, then return to find out that not only the reservations opened, but they sold out before I could get there. It's full-on FOMO.


One of the biggest puzzle pieces was laid today, with the release of the tentative schedule for the Olympics. It's not a detailed list, but shows when events will be held over the seventeen days of competition.

Using this, I highlighted a few things I think I might enjoy. Now I only highlighted everything that interested me - this is definitely not a finalized list. I'll wait till specific swimming and athletics events are set, and then I can narrow it down even more. 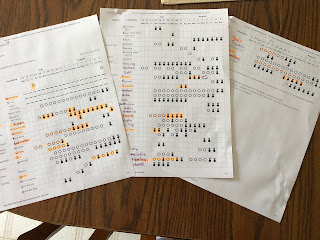 Things to take away:
You'll notice that the "aquatics" (swimming) events have dashes on them - the swimming events were not finalized because NBC was asking (demanding?) for morning finals in swimming, like they had back in Beijing 2008. Japan would prefer to keep those finals in the evening, but later on Thursday it was reported that morning event finals for swimming are probably going to happen. It still hasn't been placed on the official schedule yet.
While finding the event list online, I stumbled across the Tokyo 2020 Guidebook, which breaks down which sports will be at these Olympics, and where they're located. I found this especially helpful. 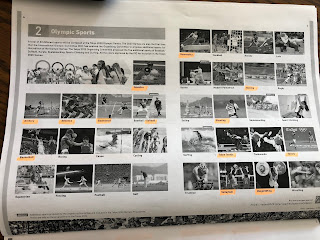 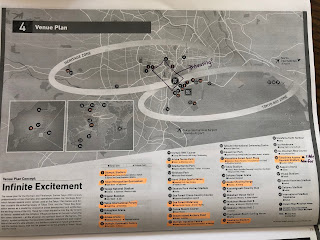 I highlighted venues that I might want to visit, and found a nice box where I would want to start my accommodation search. There's probably a few hundred hotels and AirBNB accommodations in that box - or so I hope! As soon as I can research more extensively, I will.

I could make my planning much easier by going with a travel company like CoSport, but I would forfeit a lot of money in order to do that. With my finances, it might be a better idea to deal with the headaches of planning than fork over more money. On the other hand, a CoSport deal might provide me with accommodations and transportation where I want to be, in a city with which I am not familiar! I wish I could get more information about this other than the positive testemonials that CoSport provides.

An Olympic-sized challenge I have been working on for a few months already is money. My kids always read Time For Kids as their weekly current events spotlight, and in one of their money issue they had a nice article (meant for kids, natch) about setting money aside for big purchases or trips. I liked it so much, I told the kids that I'd tape it to my bathroom mirror and follow it while I saved for Tokyo. 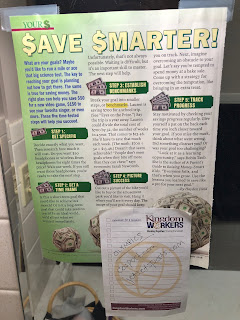 I've been setting money aside, but it actually is serving two purposes: my big trip, and graduate school. I think most of it will end up going to school, but I'll still be using some for the Olympics; I don't want to rely too much on credit cards when I'm making all my reservations!

The Olympic news is just going to keep on coming. On Sunday, the names of the Tokyo Olympic mascots were announced: Miraitowa and Someity. "Miraitowa" combines two words that mean "future" and "eternity," while "Someity" is the name of of a variety of cherry blossom (she's pink, by the way) and they actually reference the fact that it sounds like "so mighty" in English!

Watching the little introduction video above made everything a little more real for me. When I go, I will see these mascots all over the place! I've always enjoyed the Olympic mascots, and I'm glad I like these guys. I wouldn't call them "cute," but they reflect that Japanese anime culture very well.

(I had to laugh when the blue-clad Miraitowa was revealed to be a speedster. Paint him all blue and he's Sonic the Hedgehog!)

Everything is going to be coming at a rapid pace in the next 24 months, and I'll keep you informed as best I can! If you hear about any important Olympic information and feel the need to share it with me, you can contact me via Twitter and Facebook or leave me a comment on this website! I'm excited to share all this planning and excitement as we plunge toward Tokyo!