Last weekend the IAAF World Relays were held in Yokohama, Japan. This was a track-only event where different groups of athletes, from men to women and mixed, participated in many different disciplines.

The World Relays aren't held every year, and it's a special treat for many. However, these relays are now bleeding into championship events, and not all of the athletes are pleased about it.

However, the response from the fans that watched were pretty positive. At least, those who thought it was cool took to social media to talk about it:

But I also can see another argument, especially since there will be mixed relay events in athletics and swimming next year in the Tokyo 2020 Olympics: how many events is too much? Track and swimming already have a huge amount of events where athletes can compete multiple times. Why tack on something more without getting rid of something else?

The answer is easy:

FINA (the swimming federation - all of aquatics in general, actually) and the IAAF (the athletics governing body) are more than willing to subject its athletes to many more events because they are two disciplines that get a lot of high profile press and viewing numbers during the Olympics. Any chance for them to carry over those stakes during the rest of the quadrennial is paramount to their success. Why in the world would a World Relays competition even exist if not for money and viewers?

Please notice that I did not say "fans" but "viewers." The governing bodies and the IOC might point these additions out as fanservice, but it's not necessarily for fans of the sports at all. Eyes on the events bring in sponsors, who bring in money. And when Team USA is involved, the incentive is even greater:

As an adult, I have long tried to be as diplomatic about my opinions as possible. I try to view all the sides and express a valid point when I do choose. So I can understand the governing bodies' point of view, as well as the fans'.

But what do athletes think? Athlete representatives are present in every sporting event, so the greatest hope is that the best interest of the athletes are primarily taken into consideration. I'm not sure how much I can rely on the interviews of athletes that were actually participating in last weekend's World Relays, because the media can skew the broadcast any way it wants.

If I have learned anything about life in general, it's that one side will complain about change while the other side embraces it. Only time will tell if mixed relays are here to stay.

Anyone like hockey? No - not ice hockey. Field hockey! I did request Olympic tickets for field hockey, so I brushed up on my knowledge of the game with this video:

With last week's ticket request, I now can start seriously looking into lodging. First up: placing all the Olympic venues onto Google Maps. Then cross check that with available hotels. Yes, capsule hotels are still on the list. 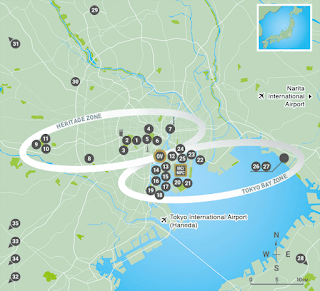