Sleeping in a Cardboard Box in Tokyo

Not getting tickets for an Olympic event is one thing.

But not having a place to sleep is entirely another.

Sometimes we take for granted the lodging choices that we have wherever we go. Then, suddenly, we are faced with a major event in town, and prices for these places of lodging skyrocket.

Such is the issue that people are dealing with for next year's Olympics. Not only are the Olympics in a popular city, it's in a city that almost everyone already wanted to visit sometime in their life! Put the two bucket list items (Olympics, Tokyo) together, and it's a win-win!

But even a large city like Tokyo is dealing with exactly how to find all these people a place to sleep. Places that can be reasonably priced suddenly become impossible to afford, and some hotels are bought out by the IOC and don't have beds available at all! 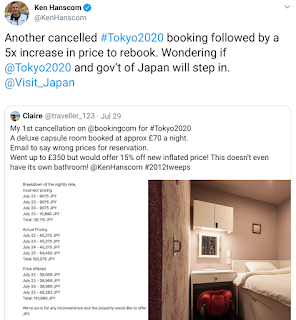 I saw this when I was looking for my own lodging. My goal was to be near the Olympic National Stadium, but eventually it just turned into, "What is going to not make me go on welfare?" I tried both AirBNB and Hotels.com, but neither gave me much hope. Remember: I have tickets that mean I would need to be in the area for about ten nights, so these prices need to add another two zeros to them. 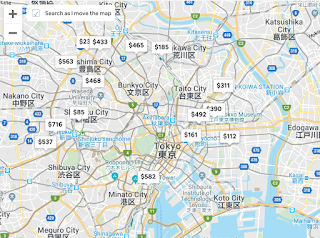 If you look carefully, you might go, "But Claire, there's a place for $85 and a place for $112! Surely these would fit what you need!" But let's look closer at that $85 place? Turns out it's a male hostel/dormitory. And that $112 place? Another hostel/dorm that has men and women in the same rooms. I'm sorry, but that does make me a little uncomfortable, though not all women would feel the same as me. 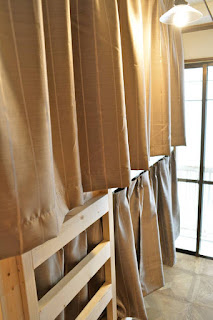 The other places nearby that weren't hostels were either too expensive or didn't have the greatest reviews - or none at all! It wasn't enough for me to really trust what they had to offer.

Hotels.com was a different issue. Hotels are a different breed in Tokyo, and if you want a North American-style hotel, you're going to pay for it. Plus, there isn't much available! Take a look at this map; available rooms are in green.

Yeeeeeeah. Not much there. And if there is availability, it's for insane prices.

So I branched out a little bit. Spread out the perimeter. Tried to find a place on one of the main train lines that I could use to get into the city. Pray that I don't have to sleep in a cardboard box in a back alley in Tokyo. (My father's worst nightmare.)

Fun fact: websites use cookies to track what you are looking up. Hotels.com is no different. So I used an incognito window on Chrome. It's not completely private, but cookies are not stored up. That means when I search on the website, I am searching from scratch; none of my previous history matters.

And that's when I found the place.

Yes, it's not in the center of Tokyo; that would have been incredible. But it's in Koto City, a little east of the center of Tokyo. While Koto is pretty big, I'm right on the border, on the Sumida River. This means a little walk to a station that will get me to Shinjuku in about 45 minutes. (Shinjuku is where the national stadium is located; the map below has it highlighted, with other Olympic venues marked.) 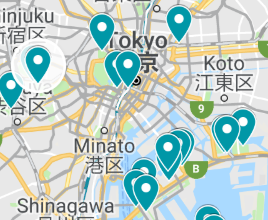 The hotel has several types of rooms. Some are private rooms with a double bed, a couch, and a jacuzzi that overlooks the river. Some were private rooms that were a little smaller.

And then there's my choice.

It is a 4-person dorm-style room, where each person has their own bunk/capsule. However, what makes this different from the AirBNB hostel we just mentioned is that this is a female-only dorm. And I only have three roommates. Plus - and this is big in Japan - the rooms are non-smoking.

The amenities offered were standard, but they have air conditioning. As I mentioned last week, that kind of thing is going to be very, very important. It also has free wifi, laundry facilities, and an available breakfast if I wanted to splurge.

A difference that I like is that this is a hotel, so it's going to offer things at a slightly higher level than a hostel. And I've seen pictures; this place is very pretty!

I still haven't decided how long I am going to be in Tokyo. I now have lodging for the days where I have event tickets. I do want to be in the city for the Opening Ceremony, even if I will never be able to afford a ticket into the stadium. I'd like to take advantage of the public locations where they will be showing events on big screens (a subject for a later article). And I'd really like to, you know, tour Tokyo! But that is all for another time. For now, I can keep my cardboard box at home - and pray that my room doesn't get cancelled on me over the next eleven months!

'm Claire Nat and you're reading Light The Cauldron! Follow me on Twitter and Facebook @CauldronLight and read my past Olympic articles! Look back on previous posts to hear about my trips to the US Curling National Championships, the US Figure Skating Championships, and my very successful quest to acquire tickets for the Tokyo 2020 Olympics!