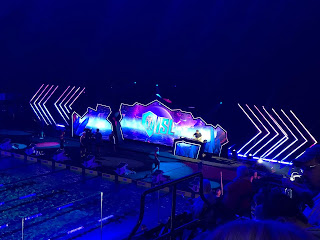 Yesterday I had the privilege of going to Indianapolis and watching the first ever meet of the International Swimming League - a brand-new, team-based swimming league. I was curious to see how this style of swimming would go, and considering I'm not very far away, I had to jump at the chance.

Before I get to my experience at the meet, let me explain the ISL. It was started this year by Ukranian billionaire Konstantin Grigorishin, who worked to make swimming a bigger deal around the world - and pay the swimmers accordingly. This is professional swimming.

Most swimming meets that take place - from kid meets all the way to the TYR Pro Swim Series - are all the same: compete in heats, place your best time, and then figure out which final you'll be in.

(You can find my articles on the Indianapolis TYR Pro Swim Series here and here.) 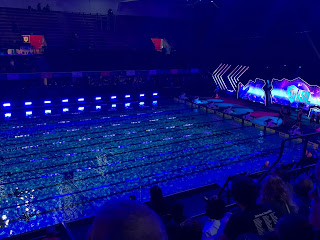 In the case of the ISL, there are no heats. There are teams of 24 athletes - 12 men and 12 women, and the roster fluctuates depending on the athlete's schedule. A head coach decides who is swimming what. Each team - four teams competing at a time - has two lanes of athletes. Each swimmer earns points for their team: from nine points for first place to one point for eighth place. Whoever has the most points at the end of the two day meet wins!

There are six meets all over the world, and then a championship meet in Las Vegas in December. If you want even more details about this, you can check out Swimming World's article here.

You can tell that this league is in its infancy because it definitely is experiencing growing pains. Back in the summer they announced the dates of the meets and said tickets would be available in July. But July came and went...and so did August. Only in September - with one month to spare - did the tickets finally become available.

There have been a few other hiccups - yesterday the computers crashed, so they didn't even scan people's tickets as they entered the IU Natatorium! (I arrived a little late, so I could have just gone in for free if I hadn't already purchased my ticket online!) The ISL announced on Friday - yes, this past Friday - where people around the world could watch the meets...but there was no media outlet announced for the United States. A few hours later, they announced a deal with ESPN 3, which I'm sure they didn't want, but it's as good as they're going to get this late in the schedule!

(If you want to watch for yourself and you live in the US, here's Day 1 and Day 2's coverage.)

Since I attended the TYR series last May in the same arena, I knew how things usually go. One thing I noticed right away was the speed at which the races took place. Once one race was done, there was about a two minute gap and the next round of introductions was taking place! They did have three breaks during the two-hour session, so if people needed to get out they could. 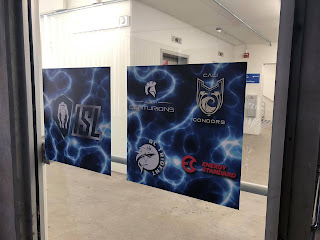 Once again, spectators were only allowed in one half of the Natatorium, and it was kind of a bummer because there were specific stands by the pool for each of the four teams, but they were right below where the spectators were, so most fans couldn't see the athletes! It's fun to watch swimming, but it's even more fun to watch professional swimmers cheer on their teammates!

To my surprise, the ISL is a short-course meet - it's a 25-meter pool instead of 50. I wasn't expecting that, and hadn't seen any information about it beforehand. I am not a big short-course fan because nobody can really hit their stride before needing to make a turn. I'm sure actual swimmers don't mind, honestly.

The biggest draw for fans is the fact that there are so many high-profile swimmers! Here are some of the swimmers I saw on Saturday:


I had already seen Ledecky and King swim last year, but watching le Clos and Larkin swim for the first time was incredible. They had insane power! And it wasn't like I only watched them do one event. There were points where they were swimming events back-to-back, like Bethany Galat this afternoon! (Caeleb Dressel apparently is on one of the teams that was in Indy, but he had a scheduling conflict and didn't swim. What a bummer!) 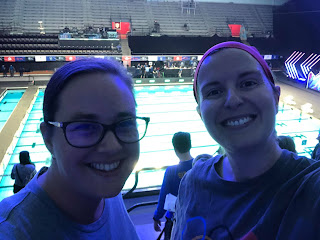 Something that confused me were the lane assignments. It was a random draw for the first event of the day, but then each team was stuck in those two lanes (side-by-side) for the rest of the day. Usually swimmers want the middle lanes, but it was the outer lanes that were winning events on Saturday. On Sunday, the lanes were simply shifted over, but then kept there fore the rest of the day. You'd think that there would be some adjusting happening with the lane assignments over time. We'll see.

There was a DJ spinning tunes the entire session, which must have been exhausting. My friend Meredith, who I met through the Olympic Fever podcast, said that for the very first set of athlete introductions, he played "Rock Around the Clock," and I don't think that impressed too many people. Not only did he play for athlete introductions and in between events, he played during the swims, as well. I didn't actually mind that; I remember being a little unsettled at the last meet I attended when the only sound I heard was the splashing of water!

To see what I saw, here is the athlete introductions and the men's medley relay:

Instead of showing the warm-down pool and diving platform, the back of the Natatorium was covered in black, and a pretty amazing set of LED screens were set up for the swimmers to come out of, with their profile pictures displayed.

The Indy meet featured two American-based teams and two European-based teams. (There are eight total teams.) The names of the teams basically matched the location: the American teams were the DC Trident and the Cali Condors, while the European teams had suitable-sounding names like Energy Standard Istanbul and Aqua Centurions Roma. They had cool little animations for each logo, and between the cool animation and the fun wing-flapping done by the members of the team, I've decided that the Cali Condors are my team.

Fun fact: Energy Standard's logo basically looks like the logo of a power company. As a matter of fact, here's the comparison: 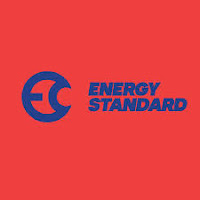 I watched the ESPN 3 coverage on Sunday, and there was a lot of focus on how different and innovative this format is for the sport of swimming and its athletes. They also showed the coaches quite a bit (something cool is that there was three male head coaches and one female) and had them mic'd up for some audio. I thought that was kind of gimmicky.


Overall, I enjoyed my time attending the very first ISL meet. I liked the rapid events, the amazing caliber of swimmers, and the point accumulations. I do definitely feel like there's room for improvement, and look forward to seeing how things get adjusted through this first season and in the seasons to come...provided there are seasons to come!