Parade of Nations: The Best Entrance Music Ever! 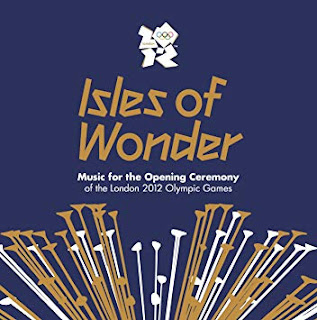 An Olympics Opening Ceremony is best defined by its music. That music needs to cover three items:

In the Olympics of the twentieth century, the music chosen was done to emphasize #1 in the list above. When it came to the music heard, it was usually played by a marching band. The entrance music for the parade of nations likely featured almost stereotypical music for each country. (Mexico came in with a mariachi band tune? How novel!)

Nowadays, there is a desire to cover all three. The spectators should be enveloped in the spectacle with sights and sounds. The athletes that come in should show an excitement that they are there. And that energy should continue as people exit the stadium and the Games begin.

No Olympics better covered all three items above than London 2012.

London 2012 was the first summer Olympics that I watched constantly for two weeks. While I had watched many Opening Ceremonies, London's was the one that hit me on a personal level; much of that had to do with its music choices.

Yes, it kept some standards: Elgar's "Nimrod," a bunch of kids singing "Jerusalem," and a full orchestra playing the theme from Chariots of Fire, but they chose to surround much of the ceremony with contemporary, upbeat, techno tunes.

Best of all, when the Parade of Nations finally took place, those contemporary, upbeat, techno tunes remained, giving the athletes a chance to really dance and enjoy themselves! Not only did the athletes enjoy the music, but the audience did, too.

As soon as the soundtrack was available on iTunes, I purchased it. I don't think I thought that I'd still be listening to it seven years later! But here we are.

So what makes it so unique and long-lasting?

I will wholeheartedly admit that the close relationship between the United States and Britain likely means that I have even more of a love of the music than, say, someone from South America or Asia. But the risk that Danny Boyle took on the music and overall aesthetic of the Opening Ceremony really was a successful one. Instead of relying too much on Britain's early history, he decided to start right up with the nineteenth century and the emergence of the Industrial Revolution. Because of that, one instrument in particular had to take the lead: drums.

I'd never heard of Dame Evelyn Glennie before, but am fascinated by her story: she's completely deaf, but uses rhythm and beat to create music. That choice made the music even better! It wasn't trying to top Beijing; it was just showing people modern Britain. And while the confluence of all of the British history of the past 175 years could have been incredibly awkward and disjointed, the music was what kept all of that history linked until finally the steel Olympic rings were revealed.

The music featured in the pageantry section simply carried over into the Parade of Nations, which meant if people were enjoying what their ears were hearing, they just kept enjoying themselves!

I enjoy listening to the soundtrack on two different levels: the first is for studying. While there are some songs with lyrics, much of it is instrumental. If you feel like study music shouldn't be boring, then this will keep you awake and active!

"Active" is why I also regularly use this as part of my running playlist. I love how it's almost a whole hour of nonstop music that flows almost seamlessly into the next track.

Finally, I adore how the lighting of the cauldron is so delicate. Once again, they didn't try to top the lighting of Beijing's cauldron in 2008; rather, they went in completely the opposite direction. The music was quiet, reflective, and hauntingly beautiful. If you're looking for something quiet, then "Sundowner" should be in your music playlist:

I have high hopes for the music of Tokyo 2020, but I do know for sure that it would be tough to beat what I heard in London 2012. It hit all the items and made a lasting impact that people (like me) still enjoy to this day!

For the complete playlist, you can listen to a playlist here. If you're looking for the specific Parade of Nations music, start at track 15! You won't be disappointed!

...No. But it will be in less than eleven months!