I'm Not Going to Talk About It

I'm not going to talk about it.

Nope! Not gonna do it.

I'm not going to talk about the frustrations that have come the past two weeks over a trip to Japan that probably will happen but everyone on the Internet surmises won't happen.

I really don't want to talk about the trip planning that I've done ahead of time - something that brought me so much joy and excitement back in January and early February - that now makes me super anxious. (Why did I plan so much ahead of time?)

I could instead talk about the fact that last Sunday I accidentally tweeted out a link to (supposedly) a second week covering Olympic handball, but instead was Part 3 of my Light the Cauldron series. Sorry about that!

But how was I to know? I haven't been on my Light the Cauldron Twitter page all week. When all of the people I follow started to talk about it and how it might affect the Olympics, I couldn't take it anymore. One person questioning the Olympics taking place makes me think, but one hundred people talking about it just gives me a stomachache and sleepless nights. 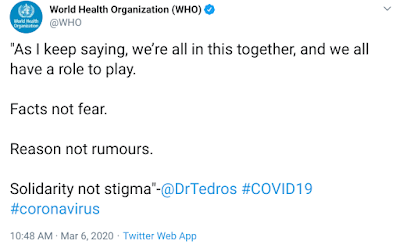 And do you know what they say is the best way to prevent getting it? WASH YOUR HANDS. And if that's not the biggest "Duh" in the world, I don't know what is.

So I avoid speculation in order to calm myself and make sure I keep the facts straight. If actual facts surface, I'll hear about it.

But I said I wasn't going to talk about it. So I won't.

I am going to talk about how I'll keep updating this blog with Japan planning and Olympics coverage until the IOC tells me not to. And as of right now, the IOC is telling all of us that we can keep planning as scheduled.

CoSport doubled down on this by releasing a whole bunch of tickets on Friday. (But following my self-imposed rules, I haven't bought anything from that ticket dump yet.)

So as you contact me about stuff, remember that I'm not really talking about it. I'm waiting for official news and not listening to speculation (which just drives up the anxiety). You can send me articles and social media posts but I probably won't be reading them.

Just know that I'm still planning and preparing. I'm not cancelling until someone tells me I have to!

And I'm not going to talk about it!!

...No. But it will be in less than FIVE months!