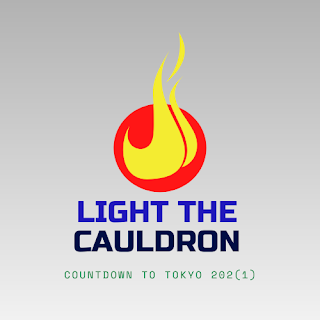 Well I made a determination that I would start posting every week starting in 2021, so it's kind of a fluke that I'm posting just a week after my triumphant return. But we had not one, but two athletics competitions in Europe this week, so I feel compelled to share my joy of watching both those meets.

The first meet was the Paavo Nurmi Games, held in Finland on Tuesday. For all intents and purposes, the meet looked like a regular meet. Masks were not required by fans (and there were fans in the small stadium) and all the competitions went ahead as planned. There were throwing, jumping, and running events. The setup of the field looked like usual, too.

Finland has very few cases of COVID-19 at the moment, so their risk levels are quite low compared to the rest of mainland Europe.

(You might wonder why I'm mentioning these things. Stay tuned for the Diamond League information, and you'll know why.)

Since the meet was a World Athletics (the name of the official governing body of track and field) Continental Tour Gold meet, the competition was one level below a Diamond League meet. Even then, there were a few high class athletes present, including discus thrower Daniel Stahl of Sweden, javelin thrower Johannes Vetter of Germany, hurdler Andrew Pozzi of Great Britain (who also crossed over to the Diamond League meet three days later), and hurdler (but heptathlete by trade) Nadine Visser of the Netherlands.

All in all, it was nice to just see some competition again, even though I was unfamiliar with many of the athletes competing.

It's a little strange. By this point in a normal year, we would be starting the next Olympic quad and these new winners might be people to note for 2024. However, the entire schedule of training has been upended with the postponement of the Olympics. Which athletes that were planning for Paris 2024 are now setting Tokyo back in their sights because they will now be eligible, or because their training has been accelerated?

(This is a question not just for athletics, but for all the sports where Olympic qualifications haven't happened yet.)

There were a few Americans, but not many. Most American athletes went over to Monaco for the Diamond League meet, which was held on Friday.

With the first official Diamond League of the year came many changes to allow for athletes from all over the world to still come and compete safely. Fans were limited to only 5000 in the stadium, and they had to wear masks. Instead of using the center of the track for throwing events, the athlete ready area was set up there. This reduced the amount of field events down to three: men's pole vault, women's high jump, and women's triple jump.

It did feel pretty empty without one or two throwing events, too. I was a little perturbed that not even shot put could take place, even though the area needed would be quite small.

The meet was still a pleasure to watch. I have been watching a lot of replays of World Championships and Olympics, but being able to watch live events with current athletes was very satisfying.

There was a world record broken in the men's 5000 meters by Ugandan Joshua Cheptegei. Earlier this year he broke the world record on the road in the 5000 meters, and had declared he was going to try to break the track record in Monaco. The Diamond League complied with the attempt and actually had the pace setters run in world record pace.

I still dislike pace setters, but it's still cool that the assistance was given so the world record could be broken and not just for a quality race. (I'm still glad they have no place in World Championships or the Olympics.)

I still subscribe to NBC Sports Gold's track and field pass, and to my dismay the coverage was much less than usual. I can normally get event-only feeds, but I feel like the coverage was much smaller due to the restrictions. Still, even with the one world feed I should have still gotten uninterrupted coverage of track and field events. Instead, for the first 90 minutes I had to suffer with the coverage that was airing on The Olympic Channel from NBC Sports. Yes, I didn't have to watch commercials, but the cameras went blank during commercial times instead of going to other events! It's a huge waste of time, and even though there were only three field events, it would have been nice to see some coverage.

I don't know if it was my loud complaining on Twitter, but finally with 30 minutes left, the feed suddenly shifted to the world feed that I'm used to watching on the Gold pass. No commercials and no blank screens - just a bunch of coverage. Thank goodness!

Besides the world record being broken, highlights included Mondo Duplantis of Sweden clearing six meters in the pole vault (Sam Kendricks was supposed to compete, but his poles never showed up), Noah and Josephus Lyles finishing 1-2 in the men's 200 meters, my gal Helen Obiri surging to a dominating finish in the women's 5000 meters, and Venezuelan Yulimar Rojas keeping up her winning ways by winning the triple jump.

Things looked a little different even without the COVID-19 regulations. To aid the pace makers and competitive runners, the Monaco track had set up lights along the inside track to light the way. In this manner, the pace could easily be entered into the system and the lights can be seen by the athletes. Now if pace setters are terrible (and I've seen bad pace setters), the lights can show the way. Of course, I know that this is probably not in every stadium, but it was cool to see in Monaco.

All in all, it was great to get back into some live athletics. I'm not sure when the next meet is taking place, but I'm looking forward to it!

In the meantime, help the world get back to normal in any way you can!

This is the Light the Cauldron blog! Starting in 2021 I will post regularly every week about the sports of the Olympics and my plans to attend the 2021 Tokyo Games. Follow me on Twitter as @CauldronLight and on Instagram as @lightthecauldron!