Showing posts from November, 2020
Show all

The Olympics and Unity 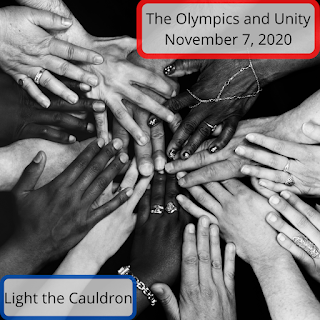 I have always felt it was significant that the summer Olympics has generally taken place the same year as the United States' presidential election.  A few months before November (or, in some cases, a few weeks), Americans gather to celebrate being American in a world of so many people. We cheer on our athletes wearing the red, white and blue and display good sportsmanship when other countries compete against those athletes. We support those whose uniform is emblazoned with "USA" as well as solid performances and camaraderie from everyone competing. We sing the national anthem when Americans take the gold medal and show respect when others sing theirs. And when those American athletes come home, we gather to honor them and their accomplishments.  Then we go to cast our votes, remembering that we are a united nation, no matter what side we vote on to lead that nation. It is especially noticeable nowadays when an Olympics doesn't  happen in a presidential election year -
Post a Comment
Read more
More posts